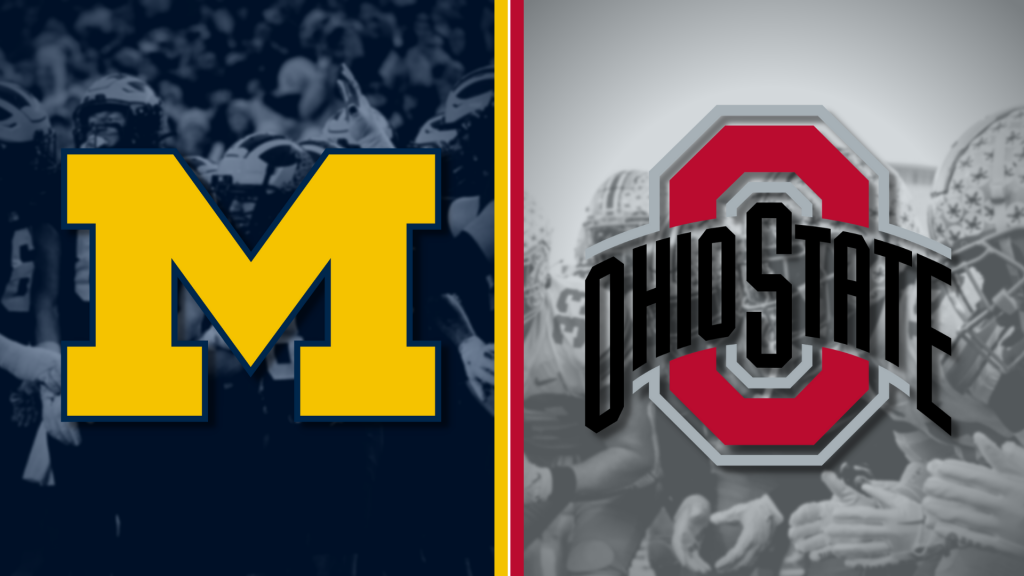 For the first time since 2006, #3 Michigan and #2 Ohio State have started the season 11-0, setting the scene for an all-time rivalry game this weekend. It is also the fourth time these two have met in The Game while both teams were ranked in the Top 5.

Michigan is seeking its second consecutive win over the Buckeyes after a dominant 42-27 win in 2021. Meanwhile, Ohio State QB C.J. Stroud will look for redemption after he put up 394 yards and two touchdowns in last season’s loss.

Both these teams rely heavily on their running game, with the Wolverines deploying Heisman Trophy candidate Blake Corum, who has tallied 1,457 yards and 18 touchdowns on the ground while averaging 5.9 yards per carry. But he left the Illinois game last Saturday in the third quarter with a scary knee injury, so his status remains unclear.

And like Michigan, Ohio State’s running backs have been dealing with injury. Henderson has sat out three games due to a foot injury and was reinjured against Maryland last week, while Williams had to be carted off against Indiana two weeks ago due to a leg injury. He also missed two games earlier this season.

Freshman Dallan Hayden has had to step up as a result, and hasn’t disappointed. Against Maryland, he rushed for 146 yards and three touchdowns. Against Indiana one week earlier, he put up 102 yards and one touchdown. In his limited appearances he’s averaging 5.4 yards per carry. He’s shown enough for head coach Ryan Day to feel confident in him potentially being the starter against Michigan if Henderson and Williams aren’t at 100%.

Considering the Wolverines have relied on Corum so much this year, it’s safe to assume they don’t have the same confidence in their backup, Donovan Edwards. Though he’s looked good in limited action – 471 yards and four touchdowns while averaging 6.7 yards per carry – Edwards didn’t suit up against Illinois last week. Instead, freshman C.J. Stokes took over when Corum went down. He performed well, with 11 attempts for 36 yards, but it was just his first game with double-digit carries.

Corum told the Detroit News earlier this week about his knee “It’s good. I’ll be fine. I’ll be back.” If this proves to be true and he does play, Corum will have the opportunity to cement himself as a Heisman finalist and potential winner. But he won’t be the only one looking for their Heisman moment. C.J. Stroud has put together a spectacular season with 2,991 yards and 35 touchdowns to only four interceptions.

With Michigan’s win over the Buckeyes last season they broke a streak of eight consecutive losses, so recent history isn’t exactly on their side. They also haven’t won in Columbus since the year 2000, though this will be their first trip to Ohio Stadium since 2018 due to the 2020 matchup being canceled.

This year, the winner of The Game will secure a spot in the Big Ten Championship Game. They also will secure their spot in the College Football Playoff, almost certainly as the #2 seed.

If Corum plays, the Wolverines are in a much better position to win this game. We really haven’t seen what they would look like without him aside from a few offensive series against Illinois, and they didn’t look good. That being said, Illinois’ defense is #2 in the country behind Michigan.

Ohio State on the other hand, hasn’t played a defense like Michigan’s yet this year. The most comparable opponent they faced was Iowa, whose defense ranks #6 in the nation. Against the Hawkeyes, the Buckeyes put up 54 points.

We think this game gets off to a slow start while both teams feel one another out. The second half will likely be a heavyweight bout, with both teams throwing haymakers on offense and defense. That being said, someone has to win. If Corum plays, we think Michigan narrowly escapes undefeated. If his injury keeps him out, expect the Buckeyes to punch their ticket to the playoff.