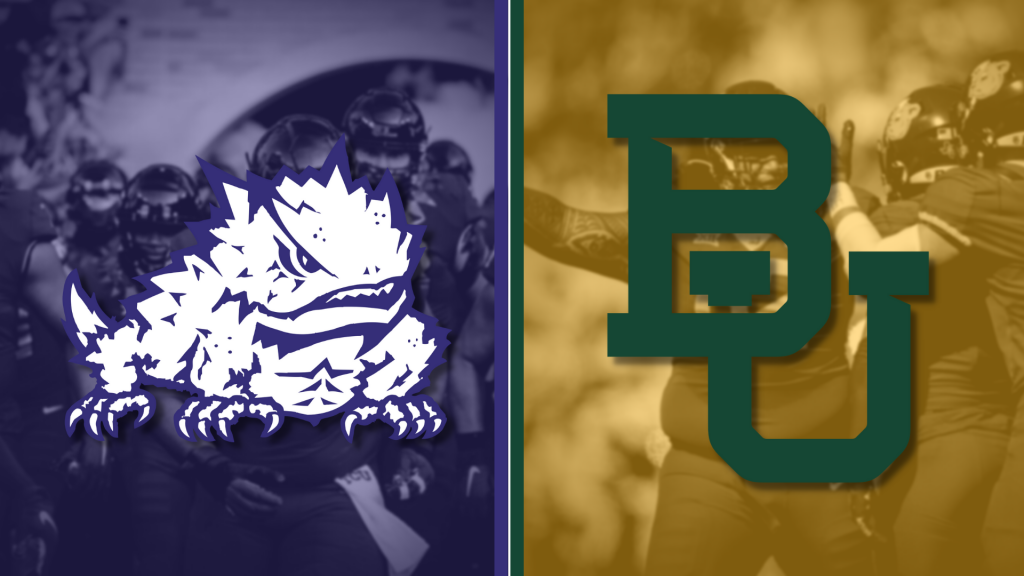 The #4 TCU Horned Frogs have been one of the biggest surprises of the 2022 college football season. Meanwhile, the Baylor Bears have fallen hard. After being ranked #10 by the AP in preseason polls, Baylor lost their fourth game of the season last week to #19 Kansas State.

The two Big-12 foes and in-state rivals meet this week in Waco. It’s a must-win for TCU if they want to keep their perfect season alive and vie for a spot in the College Football Playoff. It would also help silence some of their critics, who would see a single loss as evidence the Horned Frogs are more pretenders than they are contenders.

Last week was a bit of a wakeup call for TCU, but they also showed their grit. They were beat down by Texas for much of the game, but they never gave up. Leading 3-0 at halftime, the Horned Frogs scored their first touchdown of the game with five minutes left in the third quarter to take a 10-0 lead. Texas responded with a field goal at the end of the quarter to make it a one possession game, but TCU scored quickly at the start of the fourth quarter and held the lead until the final whistle.

Where QB Max Duggan has often led the Horned Frogs’ offense, TCU relied heavily on the run game to beat the Longhorns – proving they can win in multiple ways. They ran the ball 44 times for 159 yards, with Junior RB Kendre Miller shouldering most of the load. He finished the game with 138 yards and a touchdown on 21 attempts. If it weren’t for him, Texas likely would have pulled out the win, as Duggan managed just 124 yards and a touchdown on 19 of 29 passing.

His main target was Junior receiver Quentin Johnston, who hauled in three passes for 66 yards and a touchdown. He’s been TCU’s best weapon this season, with 45 receptions for 716 yards and five touchdowns on the year. If Baylor wants to beat TCU, they’ll need to start by stopping Johnston.

For Baylor, this would be a statement win, proving that they still have the talent to be competitive even if their record doesn’t reflect it. On offense it will start with the running game. Baylor runs the ball a lot, and often looks to win the time of possession battle. It also sets up the play action nicely.

Sophomore QB Blake Shapen hasn’t looked great in his first year as the Bears’ starter, and a recent stretch of poor performances hasn’t helped. Through the first six weeks of the season, he tallied 11 touchdowns to just three interceptions. But in the last four weeks he’s thrown just two touchdowns to five interceptions.

It’s safe to assume Baylor will maintain its trend of running the ball against TCU considering the Horned Frogs’ defense gives up 3.8 yards per carry and 134.1 rushing yards per game. Those numbers aren’t great but they aren’t bad either, so it’s no easy task for the Bears.

I’d expect another close one this time around, with a similar finish. TCU is well-rounded and consistent, able to win with either defense or offense. The same can’t be said about Baylor. Their defense is good, but not good enough to win games if the offense doesn’t score, and their offense hasn’t been scoring lately, even against bad defenses like Texas Tech (TT has the #98 defense in the country, and Baylor scored just 17 points against them).

This Horned Frogs unit may be a team of destiny, and their march into the playoff should continue this weekend.