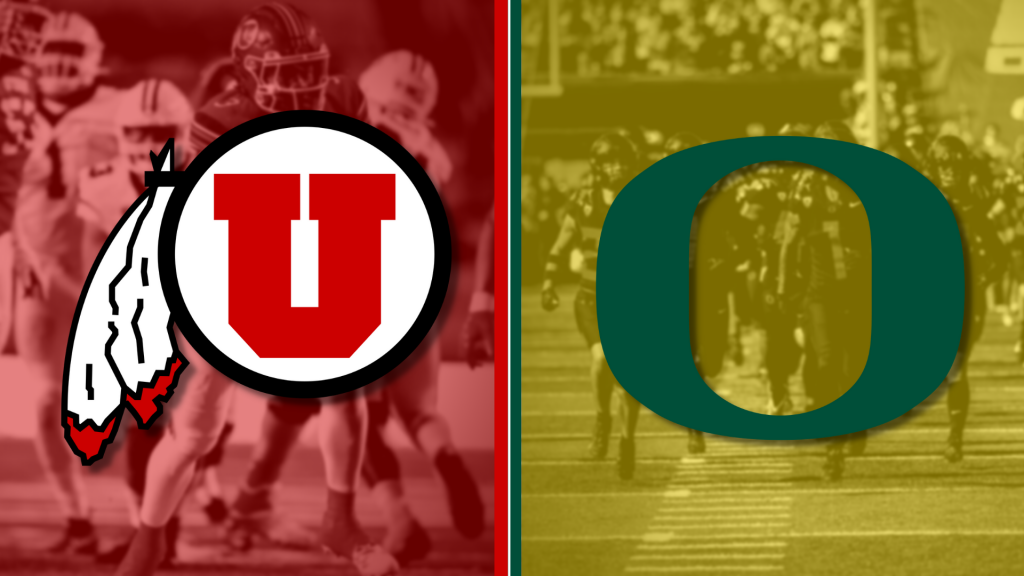 It’s Week 12 of the college football season, and the PAC-12 has a premiere matchup between the #10 Utes and the #12 Ducks. Both teams are 8-2 on the year and are still clawing at a chance for the playoff. This game will likely determine whose hopes are kept alive, and whose are dashed. It’s also a rematch of last season’s PAC-12 title game, and it may very likely determine who plays in this year’s.

Utah is currently riding a four-game win streak, while Oregon is looking to bounce back from a tough loss to Washington last week at home. It was the Ducks’ first loss to a PAC-12 opponent this season, and that trend could unfortunately continue into this week given quarterback Bo Nix may not suit up.

Nix was injured late against Washington, and there haven’t been many positive updates on his status for Week 12. He’s been one of the leading Heisman candidates in recent weeks, with 2,775 yards, 24 touchdowns, 5 interceptions, and a 89.1 QBR on the year.

Utah on the other hand, is playing at full capacity. Third-year quarterback Cam Rising has the 5th-best QBR in the country, at 87.1, and has led a very balanced offense. Running back Tavior Thomas is coming off his best game of the year against Stanford last week. In that game he carried the ball 22 times for 180 yards and two touchdowns. On the year, Thomas has seven touchdowns and is averaging 5.1 yards-per-carry. Dalton Kincaid is a Top-5 tight end prospect for this year’s NFL draft and he leads Utah in receptions (50), yards (649), and receiving touchdowns (7).

On defense, safety Cole Bishop leads the team in tackles (32), and cornerback Clark Phillips III is #2 in the country with five interceptions. Their defense is collectively ranked #22 in the country, allowing 206.5 passing yards- and 121.4 rushing yards per game.

Their running back duo of Bucky Irving and Noah Whittington average a combined 145.5 yards per game, propelling the Ducks to the #9 rushing offense in the country. Through the air, Oregon has the #3 completion percentage and averages the 8th-most yards per pass attempt in FBS. On top of that, Nix has been sacked just twice thanks to stellar offensive line play.

Their defense has been their weak link this season, ranking #77 in the country and allowing 27.4 points per game. The Ducks’ defense gives up 289.7 passing yards per game (4th-worst in the country), but are much better at stopping the run, allowing 108.2 yards per game, which ranks #17.

Looking back to the last time these two played, it doesn’t look good for Oregon. In 2021, the Utes routed the Ducks 38-7. At the time, Oregon was ranked #3 in the country and Utah was #23. Utah took advantage of Oregon’s weak defense, at one point scoring 14 points in just 27 seconds, and converting 11 of 14 third downs.

This year’s Oregon team is fairly similar to last year’s: great offense, lackluster defense. This time around, the Ducks will play at home but it may not be enough to overcome Utah’s much more balanced team, especially if Nix is out.