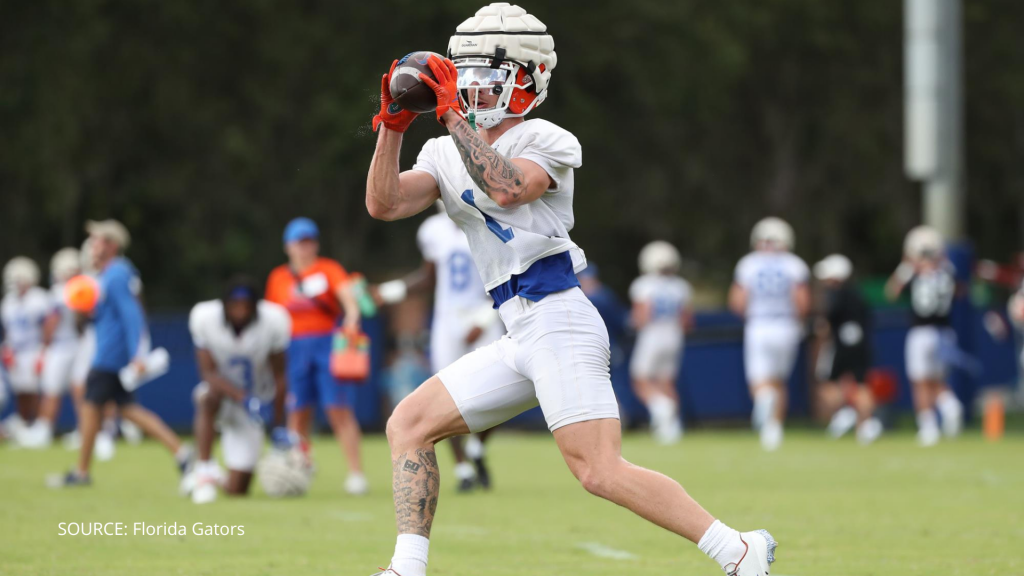 New University of Florida head coach, Billy Napier is looking to start this season off with a bang after the previous head coach, Dan Mullen, was fired at the end of last fall. To put his plan into action, Napier began scoping the transfer portal to fill positions that were left open due to graduating talent. Arizona State transfer, Ricky Pearsall, stood out as an obvious choice to ignite the Gator offense as an incisive route runner.

Last season, Pearsall accounted for 48 receptions, 580 years and 4 touchdowns leading the Sun Devils in the 2021 season. While this was a standout season for the WR, his father, former receiver at Northern Arizona, noted that he could’ve done much more if given the opportunity.

Due to this realization, Ricky decided to enter the transfer portal to see how he could further his football career. After a tough choice between Oregon and Florida, Pearsall ultimately decided to commit to Napier’s team stating that the coaching staff seemed “pure and genuine.”

At the start of camp, Ricky was clearly the standout receiver of the group. However shortly after he suffered an injury of two bone bruises on the metatarsals in his left foot on August 9th during the second week of camp.

After being looked at by the UF training staff, Ricky was placed in a walking boot and put on a “day by day” basis as to when he would return to play. Miraculously, further medical testing also revealed that he avoided any major bone damage as well as any ligament injuries.

Since his injury, Ricky has been visible at practice in a non contact jersey making headway in his recovery process. While he did not participate in the team’s two scrimmages on August 13th, he did start taking part in individual drills on August 19th showing his progress.

When asked about Ricky and other team member’s return to play, Coach Napier stated, “We’re just waiting on the performance team and the training room and the strength and condition to make a decision when they’re ready to go. We anticipate getting both of those guys back shortly.”

Based on reports from the coaching staff, Florida fans can anticipate Ricky Pearsall on display at the start of their season this upcoming Saturday in the first game against Utah.