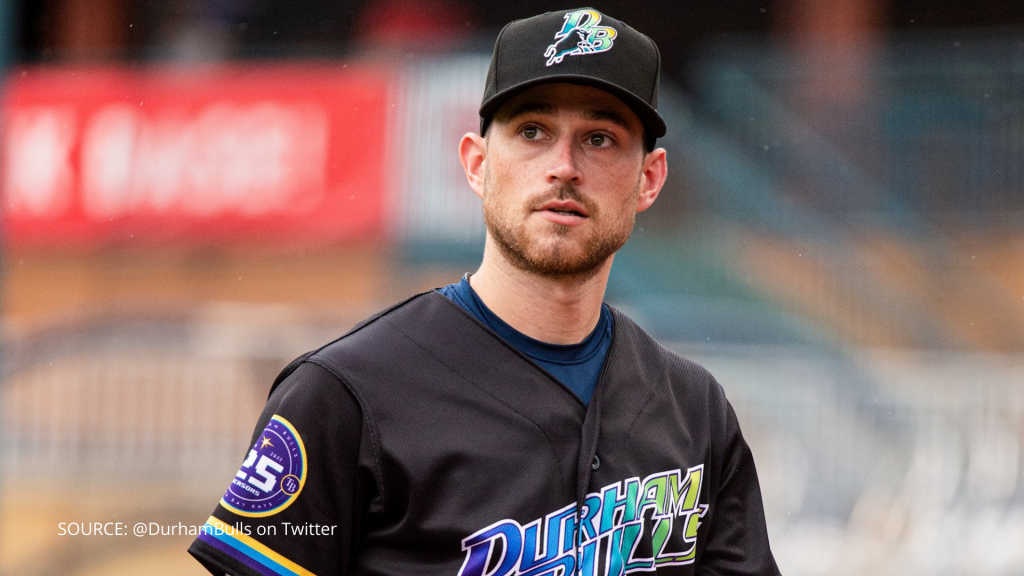 Rays 2B Brandon Lowe began his rehab assignment with Triple-A Durham last night after missing 54 days with a stress reaction in his lower back. Unfortunately, the assignment was put on hold after he was hit in the head by a pitch in his first at-bat.

Lowe has been one of Tampa Bay’s most reliable sluggers for the past four seasons. He was named an All-Star in 2019, and finished 8th in AL MVP voting the following year after slashing .269/.362/.554 with 14 home runs and 37 RBI in the COVID-shortened season.

Lowe found his groove in May though, getting a hit in six straight games; a stretch that included a 2 homer performance against the Mariners. But things started trending in the wrong direction when the Rays hosted Toronto on May 13. Lowe had a great night, going 2-for-4 with a pair of triples and an RBI, but after the game he mentioned to team doctors that he had a sore lower back. The following day he was scratched from the starting lineup with under an hour before first pitch.

He returned on Sunday, May 15 as the DH, going 1-for-4 before being scratched from the lineup again on Monday. The next day he was placed on the IL, with manager Kevin Cash telling reporters that Lowe was dealing with a lower back issue. On May 17, he was formally diagnosed with a stress reaction in his lower back. An optimistic timeline put his return around early June.

The lower back is also known as the lumbar spine, which consists of five vertebrae. Stress reactions (also known as stress fractures) can occur in these vertebrae as the result of overuse and inadequate recovery.

Lowe managed to return to swinging after four weeks, but experienced discomfort that delayed his rehab. He returned to swinging after a few days’ rest and ramped up to face live pitching towards the end of June. The process went well, and the team announced they would send him to Triple-A Durham so he could get ready to rejoin the Rays.

“It’s a good sign,” Cash said. “We’re excited that he’s able to get regular game reps and even the active activity leading up to the game.” That assignment began on Thursday, but the pitch hitting his head shut it down.

Kevin Cash said that Lowe was dealing with a headache and would be sidelined for a few days while he undergoes concussion testing. The Rays anticipate this will not delay Lowe’s return too much, as they still expect him to be back after the July 18-21 All-Star break.