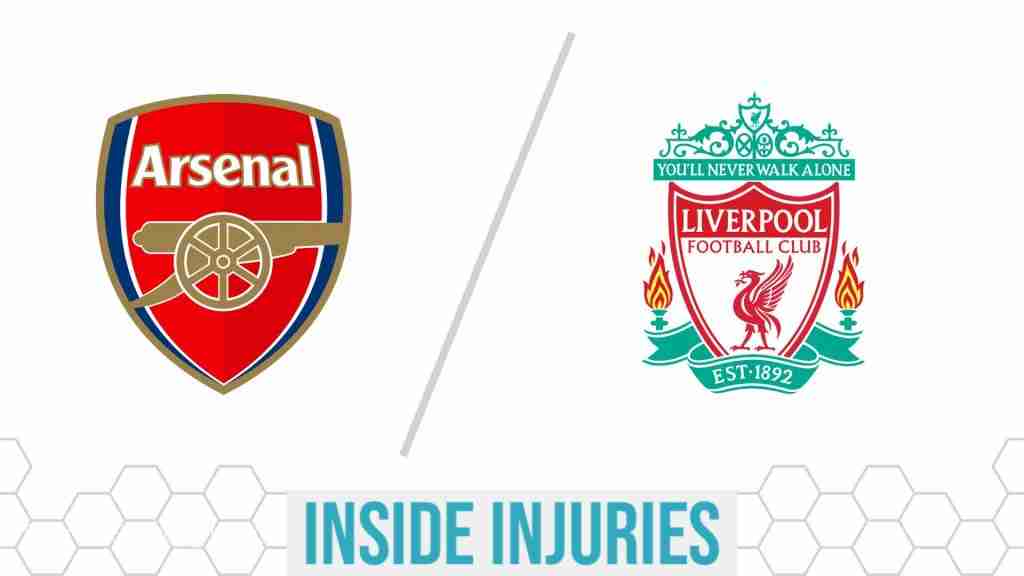 We have an interesting matchup between Arsenal and Liverpool this weekend. The Gunners are sitting at the top of the English Premier League table while the Reds are 11 points behind. They don’t have any EPL wins since August, so you might thing Arsenal is heavily favored here. Not so fast. Here’s why:

Arsenal won last weekend’s North London Derby 3-1 over Tottenham. Martin Odegaard, Thomas Partey, Oleksandr Zinchenko and Kieran Tierney all picked up knocks while away on international duty but returned to Liverpool’s squad. Unfortunately they still come with plenty of health concerns, thus the Poor Team Health Score. Here is the latest on some key injuries:

Cedric Soares – He was injured in early September and suffered a setback. Soares is finally ready to return, but he comes with an Elevated Injury Risk.

Mohamed Elneny – He is still unavailable as he recovers from a thigh injury and could be out until 2023.

Emile Smith Rowe – He remains sidelined with a grin injury that required surgery. He won’t be available this weekend, or anytime soon.

Heading into the season Liverpool was one of the favorites to win it all. Now seven games into the season they have just 10 points. Health is a big reason why. Our algorithm has them with a weak 2.84 Team Health Score. Here’s what’s going on with some key injuries:

Andy Robertson – He’s been battling a knee injury but could be available this weekend. Robertson missed Liverpool’s last three fixtures and had to sit out for Scotland during the International break.

Curtis Jones – He’s still battling a tibia injury. It was described as a slight knock but he remains sidelined nearly a month later.

Naby Keita – He hasn’t played since their Community Shield win against Manchester City, sidelined with an illness and a knee/thigh injury. He’s not expected to travel to London this weekend.

So who has the edge here? Arsenal are clearly favored to win, but Liverpool has the slight health advantage.

Prediction: Arsenal will win this one 2-1

For more on the health of every single Premier League team, subscribe to Inside Injuries!