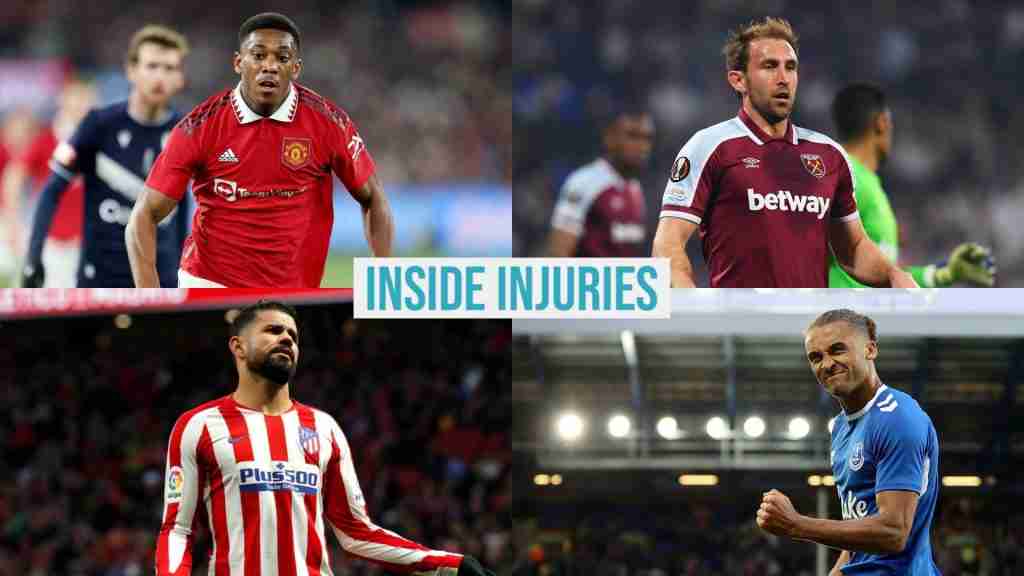 Every week Inside Injuries will pick a few matchups where one team has a significant health edge. Using analytics we calculate a Team Health Score that can give you an advantage when placing bets. That means more money in your pocket!

Our Prediction: Tottenham wins by 2

Our Prediction: Man City by 2

Now for week 4. Here are 3 matchups where we can find an edge based on Team Health Score.

This is a matchup between two teams who have had a disappointing start to the season. West Ham has three straight defeats, while Aston Vill are towards the bottom of the table with three total points. Despite a worse start, the Inside Injuries algorithm is predicting a win by West Ham.

Aston Villa’s biggest loss is centre-back Diego Costa. He suffered a torn Achilles over the summer, and they haven’t found his replacement yet. Ludwig Augustinsson is also in doubt with a knee injury.

West Ham aren’t in great shape, with a Team Health Score of 5.29, but they’re better off than Aston Villa. Vladimir Coufal won’t be available as he remains in concussion protocol. Nayef Aguerd remains out after undergoing surgery a month ago to address a preseason ankle injury. Craig Dawson (thigh) is close to a return but may not be ready by Sunday.

Manchester United impressed and surprised us all on Monday with a crucial win over Liverpool. They have plenty left to prove and should be the clear favorites over Southampton. Unfortunately their Team Health is a bit concerning, so this one should be close.

Southampton hope to have Romain Perraud back as he recently returned to training following a groin injury. Valentino Livramento is also out until 2023 as he recovers from an ACL tear. Otherwise Southampton enter the weekend in good shape.

Manchester United aren’t so fortunate. Anthony Martial is dealing with an Achilles injury and won’t be available, but they hope to have him back soon. He impressed off of the bench in Monday’s win. Victor Lindelof has been sidelined since late in July with an injury and will remain out. United youngster Facundo Pellistri also hasn’t made an appearance after picking up an ankle sprain during their 1-0 defeat to Atletico Madrid in their pre-season friendly in July. Finally left back Brandon Williams continues to recover from the ‘small issue’ that he suffered while training this summer.

Prediction: This one will end in a tie

The biggest health advantage of the week goes to Brentford over Everton. Brentford sit at 8th on the table with four points, while Everton are just above the relegation zone. Ben Godfrey is out for months with a fibula fracture, Yerry Mina will miss more time with an ankle injury, and Dominic Calvert-Lewin continues to recover from a “freak” knee injury.

Brentford don’t have any major concerns heading into the weekend and have a clear advantage, especially with Everton’s attack struggling due to injury.

Subscribe to Inside Injuries for more insights into every single Premier League matchup!