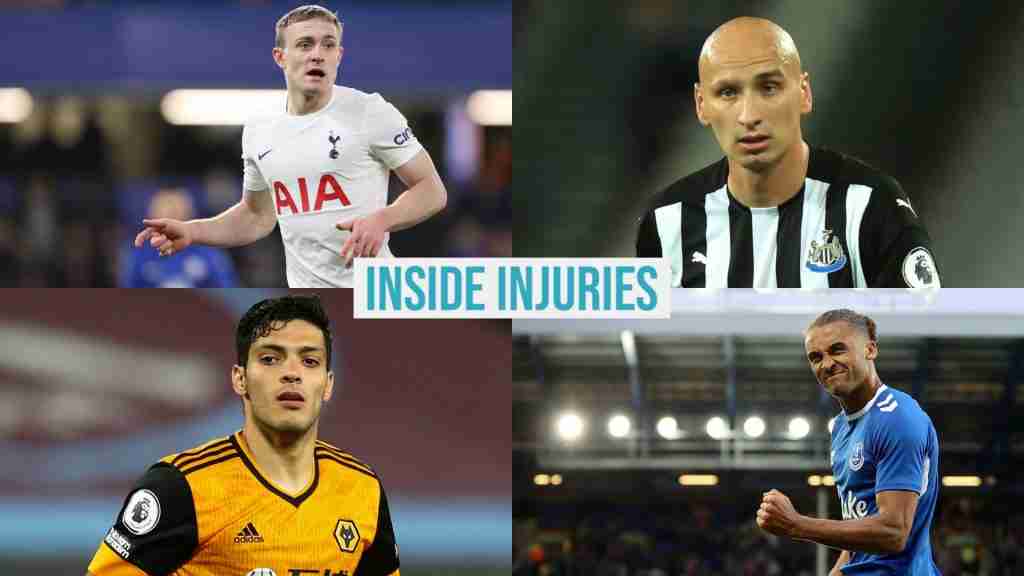 This Premier League season Inside Injuries will be there every step of the way, covering injuries and providing betting advice based on Team Health. It’s very early in the season, and some teams are already pretty banged up. Follow along with the latest updates here.

Now let’s dive in! Here are our favorite picks for gameweek 3.

Tottenham secured a point last Sunday in a 2-2 draw against Chelsea, but this weekend their opponent won’t be as strong. While Tottenham is fighting for a spot at the top of the table, Wolves are heading in the opposite direction after going winless in their first two matches of the new Premier League season.

With an Optimal Team Health Score, Tottenham are in good shape currently. Oliver Skipp won’t be available, but he is making solid progress in his recovery from a hairline fracture in his heel. Christian Romero is also out with a muscular injury that could sideline him for a month.

Wolves are in far worse shape. Raul Jimenez will be out until September as he recovers from two injuries, with the MCL sprain being the more concerning one. He is also dealing with an adductor strain. This injury leaves the Wolves without much of an offensive threat. Chiquinho underwent surgery on a torn ACL back in July and won’t be featured this year. Joao Moutinho remains out with a foot injury but could be close to a return.

Prediction: Tottenham will win this one 3-1

Everton head into the weekend looking for their first points of the season Saturday. They are favored over the recently promoted Nottingham, but their injuries could pose a problem.

Without Dominic Calvert-Lewin, Everton have struggled to score in their first two matches. Calvert-Lewin remains out with a knee injury suffered in the preseason that is expected to sideline him for six weeks. Abdoulaye Doucoure is also out with a hamstring injury and needs a few more weeks. Yerry Mina (ankle), Ben Godfrey (fractured fibula), Andre Gomes (ACL) and Andros Townsend (ACL) are all out as well. Brazilian midfielder Allan is back in the squad, but his fitness still needs improvement.

Nottingham are getting healthier. Other than Omar Richards (out with a hairline fracture), they are in great shape.

Manchester City, one of two clubs who has started the Premier League season off with two wins, is heavily favored over Newcastle, and they come with a healthier squad. Newcastle and Man City are the only clubs who have yet to concede a goal this season, so this one could get interesting.

Man City will get Kalvin Phillips and Cole Palmer back. Both are ready to face Newcastle United on Sunday after missing last week’s game due to injuries suffered at practice. Aymeric Laporte remains sidelined after undergoing knee surgery this summer. He is hoping to return sometime in September.

Newcastle won’t have Jonjo Shelvey for around 3 months after he suffered a hamstring injury that was serious enough to require surgery, a huge loss for the Magpies.