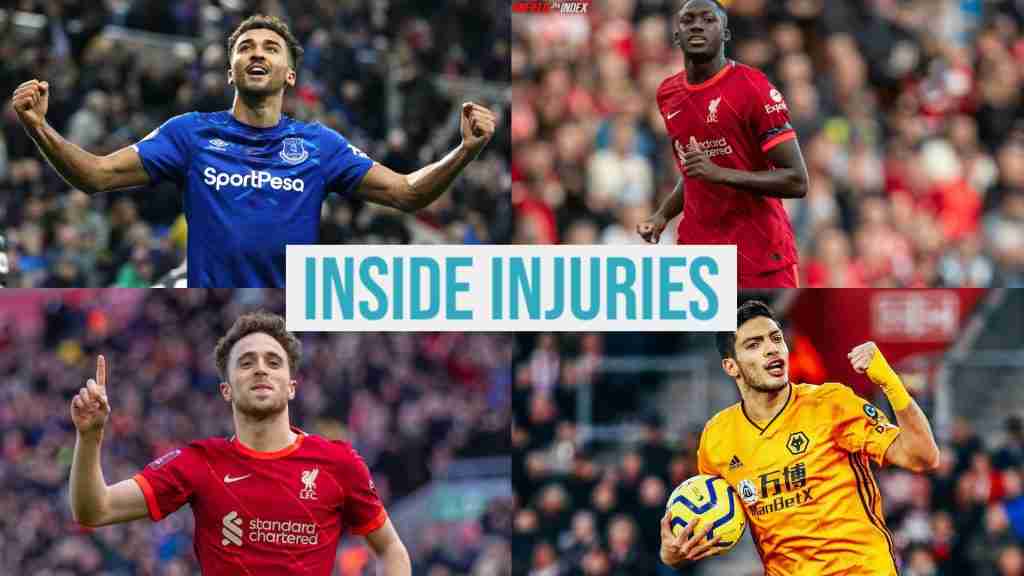 The Premier League is back! And this season Inside Injuries will be there every step of the way, covering injuries and providing betting advice based on Team Health. We haven’t even played a game yet and some teams are pretty banged up. Follow along with the latest updates here.

Now let’s dive in! Here are our favorite picks for gameweek 1.

As you can see, Leeds has a huge advantage here. They dealt with quite a few injuries last season but enter the 2022-23 season in much better shape. Leeds won’t have Stuart Dallas, who suffered a fractured femur late last season. He’s off of crutches but has a long way to go in his recovery. Patrick Bamford is back after dealing with injuries for much of last season and will be a key to Leeds’ early success. The squad is otherwise fairly healthy.

Wolves are in worse shape as they recently lost Raul Jimenez to an MCL injury. According to our algorithm this is a grade 2 (moderate) sprain to the ligament, and he could be sidelined around a month. Losing their best attacker so close to the start of the season is a huge blow.

Fulham may be without Harry Wilson and Nathaniel Chalobah, but otherwise the squad is in good health. You might expect them to be thoroughly overmatched against a strong Liverpool squad, but they could put up a good fight.

Prediction: Liverpool 3 – Fulham 1 (This one will be closer than you might think)

Chelsea enters this one a massive favorite. It’s no surprise as Chelsea will be looking to get off to a strong start as they aspire to win the Premier League. Everton, on the other hand, will be hoping to avoid relegation this season. It should be considered a solid season if they can finish in the middle of the table without sweating relegation.

Not only does Chelsea come with a much stronger squad, but they also kick off the season with a better Team Health Score. They have some concerns, but overall injuries will have the bigger impact on Everton. The biggest concern is Dominic Calvert-Lewin, who has not been training this week due to injury.

Give us a follow on Twitter for up-to-the-minute injury analysis before kickoff and while games are taking place!