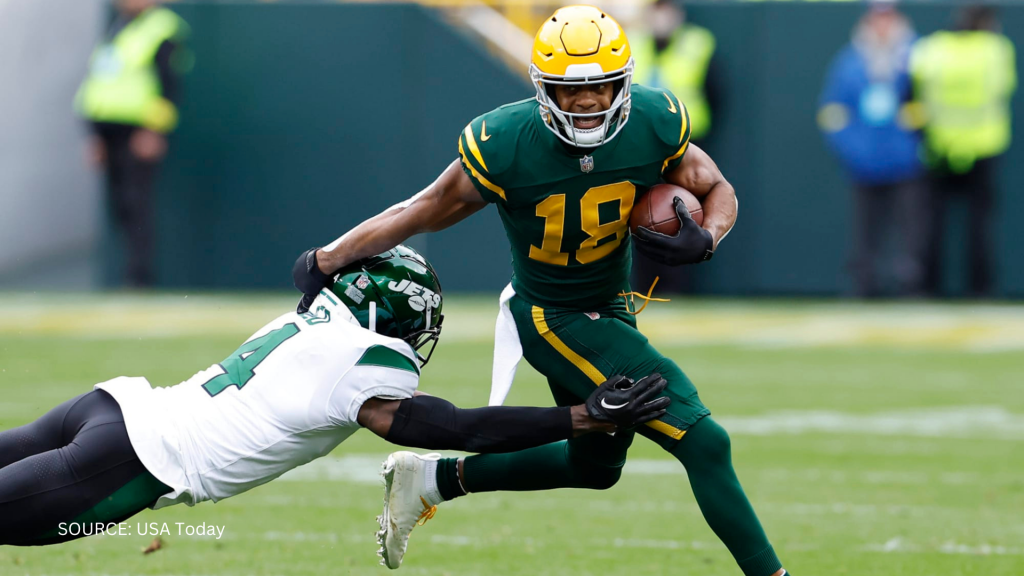 Packers’ WR Randall Cobb will miss the next two to four weeks due to a right ankle sprain he suffered in Week 6 against the Jets.

The injury occurred early in the third quarter on a designed run play for Aaron Jones. Cobb was blocking for Jones when he got tangled up with Green Bay blockers and New York lineman Quinnen Williams. Williams was forced to the ground and landed on Cobb’s right ankle, causing the sprain.

Cobb hobbled off the field and into the medical tent, where he stayed for a few minutes before he jumped onto the medical cart and went to the locker room with tears in his eyes. It was a difficult scene to watch, and there was immediate concern his season was over.

While still not ideal, the good news is that Cobb’s season isn’t over. “Yeah, it’s not going to be a one-week deal or anything like that, he’s going to miss some time, but he definitely avoided a serious injury,” head coach Matt LaFleur said Monday. Cobb’s x-rays came back negative for fractures, but the belief is that it could be a high ankle sprain.

The syndesmotic ligaments hold together the tibia and fibula above the ankle joint complex, and because of their significance in how the rest of the lower leg functions, they often require more attention when damaged. Severe high ankle sprains can require a non-weight bearing walker boot or cast for multiple weeks, and rehab itself can last months.

Surgery is also an option if there is a fracture or complete tear. For reference, Mac Jones suffered a fracture earlier this year and was said to have required surgery, though he opted against that suggestion.

If Cobb is in fact dealing with a high ankle sprain, the two to four week recovery timeline makes sense. Our algorithm predicts this is a Grade 2 sprain, which indicates some tearing. With that, we’ve calculated his Injury Risk to be High (27%) and his Health Performance Factor to be Below Average (43%). These metrics point to an Optimal Recovery Time of 28 days, which would put his return at the tail end of what the Packers are expecting him to miss.