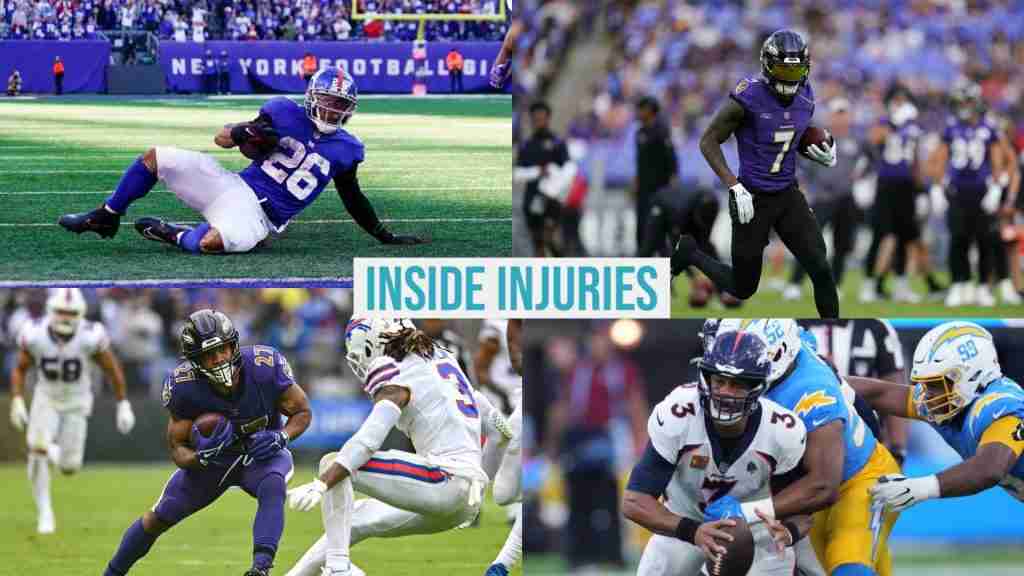 Inside Injuries has found the winning formula for NFL betting picks, based on our Team and Position Group Health Score. Every week we identify a few matchups where one team has a significant advantage, and we’ve hit on 85% of our picks so far! Here are the best bets for week 7.

The Jaguars are field goal favorites heading into their week 7 matchup with the Giants. Their offense is in great health – both the Offensive Line and Offensive Skills Groups come with Peak Health scores. Meanwhile the Giants have a Moderate Defensive Line, something Jacksonville should be able to exploit.

On offense the Giants won’t have Kadarius Toney (hamstring) or Michael Gallup (ACL) in week 7. I know they’re 5-1, so it doesn’t quite make sense that they’re a three point underdog, but they’re a run first offense with injury concerns. That includes Saquon Barkley. He’s been great this year but is a little bit banged up. If the Jaguars can shut down their running game, I don’t see Daniel Jones and the passing game being effective enough to win this one.

Prediction: The Jaguars will win this one and cover.

The Ravens have been one of the more confusing teams this year. Their offense is one of the best in the league at times, yet they haven’t been able to close games out and sit at 3-3. They just lost J.K. Dobbins to arthroscopic knee surgery, and Gus Edwards isn’t quite ready to handle a full workload as he makes his comeback from a torn ACL. Rashod Bateman is hoping to return after missing a few weeks with a foot sprain and was limited all week. Mark Andrews was only able to get in one limited session on Friday with a knee injury. They’re both officially questionable. Along with the offensive skills players, the next biggest concern is the Secondary, which comes with a Moderate (2.5) Health Score.

The Browns aren’t as strong of a team, but they enter week 7 much healthier. Their Offensive Skills players come with a Peak Health Score (8.17) and Defensive Secondary is Good (5.63).

Prediction: This one should be close. While the Ravens might pull out a win, I don’t see them covering. Bet on the Browns and take the under as the Ravens offense has issues and the Browns doesn’t have much fire-power.

This matchup has the biggest gap in Health Scores of all week 7 games. The Broncos have so many issues. Javonte Williams is already lost for the season with a torn ACL, leaving a mess at running back. Russell Wilson might finally be forced to miss a game, although he’s officially questionable. He has been playing through a torn lat that required a PRP injection, and now he’s also dealing with a hamstring strain. Even if he is active he isn’t going to play his best. Then there’s the Offensive Line and Defensive Line, who both come with Poor Health Scores.

Prediction: I don’t understand how the line is so close in this one. Hammer the Jets! I’m not touching the over/under as it’s already a pretty low number.

Subscribe to Inside Injuries for full analysis on every single NFL matchup.