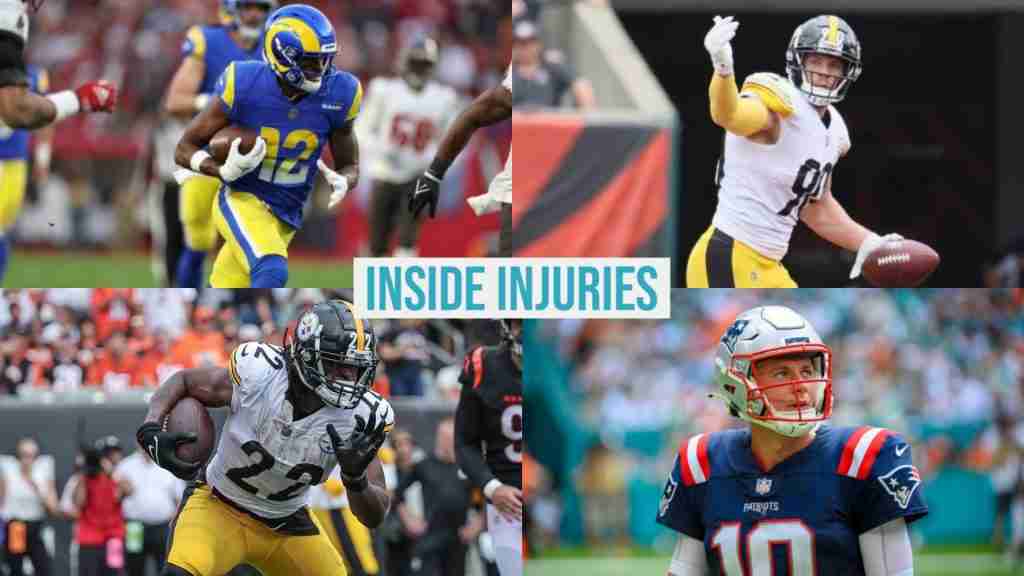 Inside Injuries got off to a hot start in week 1, with winning picks on 3/4 matchups we covered! Plus we correctly picked the over/under on 2 matchups. If you want to win more money this week, read up on which bets we like heading into week 2!

The Falcons suffered a devastating fourth quarter loss to the Saints in week 1, but things are looking up for Atlanta. They come with the highest Team Health Score across the NFL. The Rams, on the other hand, don’t look so great. I’m still expecting them to win, but this will be close.

The only Falcons player who missed practice Wednesday was backup running back Damien Williams, who is nursing a rib injury.

The Falcons have an advantage in all four position matchups – offensive line, offensive skills, defensive line and secondary. They clearly aren’t as strong as a team overall, but health is on their side.

Inside Injuries Prediction: The Falcons will cover and keep this one within a touchdown.

Despite losing T.J. Watt to a torn pectoral muscle in week 1, the Steelers head into week 2 with a better Team Health Score than the Patriots. The back injury to Mac Jones is a big reason why. Jones took a big hit that led to getting x-rays on his back following the game. All scans came back negative, and he has been practicing this week, but I’m expecting him to be very sore. Jones was able to get in a full practice Wednesday but was missing Thursday due to an illness. Ty Montgomery was placed on IR with a knee injury. DB Adrian Phillips also suffered a rib injury that forced him out of the game. He was limited Wednesday and could suit up in week 2 but won’t be 100%. Ja’Whaun Bentley was a surprise DNP to start the week with a toe injury, despite playing the entire game. If he can’t go it would be a huge loss for the defense.

In addition to losing Watt, Najee Harris also injured his foot. It’s a little unclear what is going on here as Harris missed a month of training camp with a Lisfranc sprain, but the Steelers say this is unrelated. It also looked more like a high ankle strain than a foot injury, but that’s not what is being reported. Either way, Harris is on track to play but isn’t going to be fully healed.

Inside Injuries Prediction: Neither of these teams are in great shape after week 1, but injuries are going to have a greater effect on New England. The Patriots will win this, and it will be close. Take the under as both teams have injury issues to key offensive players.

These are two teams that are both pretty healthy coming out of week 1, but the Bills still have the clear advantage.

The Bills key injuries are to defensive tackles Ed Oliver and Tim Settle, who both missed practice Thursday. Meanwhile the Titans lost safety A.J. Moore for the season with an ankle injury. DT Da’Shawn Hand also suffered a torn quad, ending his season. That makes it seven total Titans on IR right now, which is a lot this early in the season. That’s following an injury-riddled 2021 season where they were one of the most injured teams in the league.

Inside Injuries Prediction: Double digit favorites are always scary, but the Bills offense proved in week 1 that they’re back and better than ever. Take the Bills and the over.