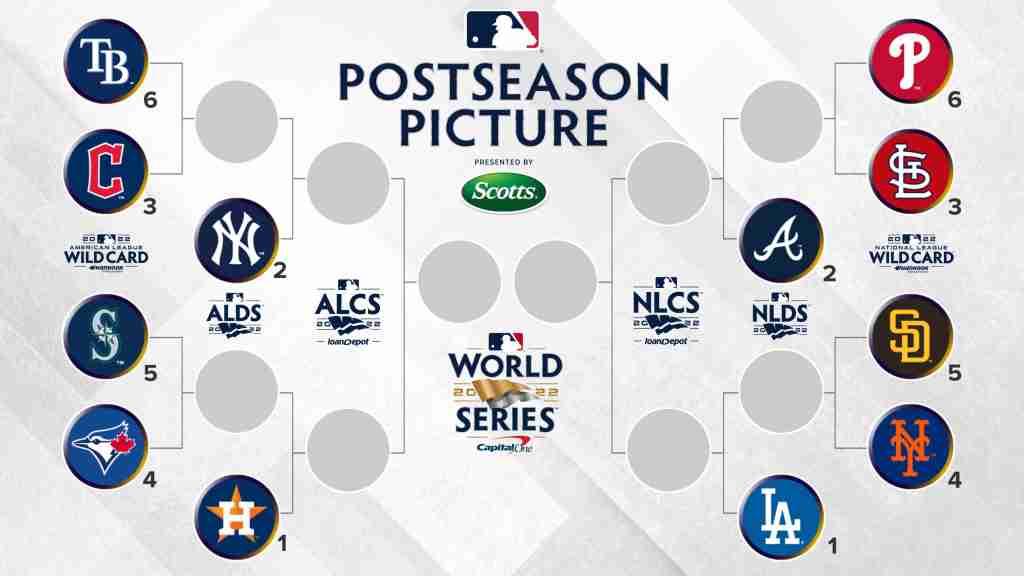 The Braves have been one of the hottest teams in the second half of the season, storming back to win the NL East in the final days of the season. Meanwhile the Phillies finished third in the NL East and barely made the wildcard round. Both teams have battled through some key injuries to get here.

The most notable injuries for the Phillies have been to Bryce Harper. He suffered a torn UCL in his throwing elbow early in the season. While he didn’t miss too much time, it has forced him to the DL spot as he can’t play the field at this point. Then Harper was sidelined for over a month with a fractured finger. Harper hit 18 homers and 65 RBIs in 99 games this season. Jean Segura also missed over two months with a fractured finger. Other players we will be watching are Zach Wheeler, who recently returned from right forearm tendinitis, and Edmundo Soto, who is still sidelined with a hamstring strain. The most surprising new injury is to veteran reliever David Robertson. He strained his calf while celebrating Bryce Harper’s home run in game 2 over the weekend and didn’t make the NLDS roster. He is expected to get a PRP injection.

During the regular season the Braves were forced to deal with injuries to some of their key position player. Ronald Acuna had a delayed start to the season as he recovered from a torn ACL. That knee has continued to bother him on and off through the year, often forcing him to DH. In recent weeks Acuna has looked much healthier and has played in the field, so hopefully that’s a sign his knee is feeling better. Starting left fielder Adam Duvall was lost for the season when he suffered a left wrist injury that required surgery. Then there’s Ozzie Albies. First he fractured his foot, then in just his second game back he fractured his pinky on a slide into second. Albies is making progress and just got his cast off, but he was left off of the NLDS roster. If the Braves advance he could be available.

The Braves were forced to leave Tyler Matzek off of their playoff roster after he experienced discomfort in his pitching elbow following his last outing in Miami. Finally there’s Spencer Strider, the electric rookie starting pitcher. Strider was shut down late in the regular season with an oblique strain. He threw off of the mound for the first time a few days ago and felt good, so the Braves have included them on their playoff roster. It’s unclear what his role might be, but having him available even for a few innings at a time is a huge boost for this team.

Prediction: The Phillies have a slight health advantage in this matchup given the absence of Albies and the uncertainty of Strider, but the Braves will advance. They’ve proven that they’re good enough to overcome the injuries.

The Dodgers have been hit incredibly hard by injuries this year, especially their starting pitchers. They lost their ace Walker Buehler to elbow surgery in August. Dustin May wasn’t available for most of the season as he worked his way back from Tommy John surgery, and he is currently on the IL with a back injury but could be ready for either the NLDS or NLCS. Danny Duffy’s season also ended with an arm injury. Blake Treinen is expected to make the roster, but he threw just five innings during the regular season due to right shoulder problems. Clayton Kershaw is currently healthy but once again missed time this season with a back injury. Last year in the postseason he was shut down with elbow inflammation, so he comes with a lot of risk. The one key position player that comes with some uncertainty is Chris Taylor. He has been out for the last week with a neck injury but wasn’t placed on the IL.

The two biggest injury storylines for the Padres this season revolved around Fernando Tatis Jr. and Manny Machado. Tatis suffered a broken wrist in the offseason and eventually underwent surgery, missing the start of the season. Then he was suspended, ending his season. Tatis also elected to finally undergo surgery to repair the torn labrum in his shoulder. Manny Machado suffered a significant high ankle sprain back in June, but that should be fully healed now. Unfortunately he also appeared to tweak his right knee during their series-clinching Wild Card win on Sunday. That was late in the game, and he returned to the field in the bottom of the ninth. Machado has a history of problems with that knee dating back to 2014 when he suffered a torn MPFL (medial patellofemoral ligament). Machado tore the same ligament in his left knee the previous season. This ligament keeps the kneecap in place. There’s been no indication that he won’t be able to play through his latest injury, where he is likely dealing with a mild ligament sprain, but it is certainly something to watch. Machado and the Padres have downplayed it since advancing. I still believe it will affect him.

Heading into the playoffs the biggest concern for the Yankees is their bullpen. Throughout the regular season this team was relatively healthy, but now they are left with some question marks. Wandy Peralta has been out over three weeks with a lower back strain but is expected back for the ALDS. Frankie Montas is on the IL with right shoulder inflammation (the same injury he dealt with in July and then again in September) and still isn’t healthy, so he won’t make the roster. Zack Britton returned to the Yankees bullpen late in the season, just 12 months after undergoing Tommy John surgery. He didn’t last long and is back on the 60-day IL, ending his season. Andrew Benintendi suffered a fractured hamate bone in his right hand 5 weeks ago and was just cleared to start taking some swings. He won’t be ready for the ALDS. Clay Holmes received a cortisone shot during the final week of the regular season due to discomfort in his throwing shoulder. He could be available, but I’m not confident he’s going to be 100%. Matt Carpenter is expected to return and play for the first time since August 8 when he fouled a ball off of his foot, causing a fracture. He is healthy enough to DH but may not be ready to play the field yet. Finally there’s DJ LeMahieu, who has been battling a lingering right toe injury for months. It’s likely to require surgery, and it has hurt his effectiveness. He was left off of the ALDS roster.

The Guardians are in much better shape, with just a few players to keep an eye on. They just lost Nick Sandlin for the year to a Teres muscle strain near the shoulder.

Prediction: The Guardians are going to pull an upset and win this one in five games.

It’s been over 20 years since the Mariners have been in the playoffs. They may not have the same talent level as the Astros, but they have health on their side. Jesse Winker will be the one big absence. He was diagnosed last week with a cervical disc bulge and won’t be available. Star rookie Julio Rodriguez is the other player to watch closely. He recently return from an IL stint due to a lower back injury, which is something that often recurs. Rodriguez has been seen with a wrap on his back that provides heat and vibration to keep it warmed up between innings.

The Astros received some tough news on Phil Maton. He is out for the season due to a fractured hand suffered when he punched his locker in frustration. Michael Brantley’s August shoulder injury that required season-ending surgery is another big loss. Lance McCullers didn’t make his season debut until August due to a strained flexor tendon, but he has looked great in his eight starts, posting a 2.27 ERA.

Prediction: These are two teams that enter the playoffs in decent shape. Talent and experience will prevail here, so expect the Astros to advance.