McClanahan Out Until Mid-September with Shoulder Impingement 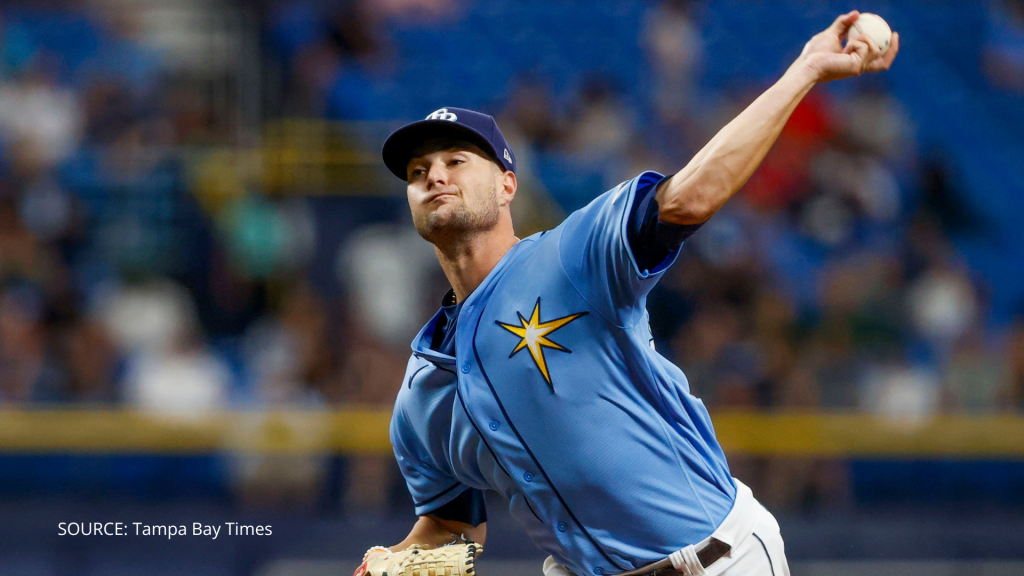 Rays ace and AL Cy Young candidate Shane McClanahan was placed on the 15-day IL yesterday due to a left shoulder impingement.

The news comes as no surprise considering what unfolded earlier this week. McClanahan was scheduled to start on Tuesday against the Marlins, but during his warm up session in the bullpen something felt wrong.

Video of the session shows McClanahan looking visibly uncomfortable before he is met by trainers. Following a short conversation, he puts his head in his hands and leans in to hug one of the trainers before walking off the practice mound and out of the bullpen.

“Going into the game, something just did not feel right,” McClanahan said after the game. “I couldn’t get loose, it was just something. I couldn’t put my finger on it. […] We just decided to err on the side of caution, pull the plug just in case. We were just being cautious, doing the right thing.

“It was one of those freak days. Maybe I slept on it wrong, something. I trust those guys and have to keep working. I was [ticked]; I want that ball every time I can get it. We talked about not taking a risk for one or two starts. We’re pretty optimistic it’s nothing serious.”

An MRI revealed yesterday that McClanahan was dealing with a shoulder impingement, which occurs when the top outer edge of the shoulder blade (acromion) makes contact with or pinches the rotator cuff beneath it, causing swelling, pain, and irritation.

For the Rays, McClanahan will miss at least two starts and won’t be available until mid-September. He’s been their best player this season, with a 2.20 ERA and 182 strikeouts in 147.1 innings this season. The Rays are 71-57 on the year, but remain seven games behind the struggling New York Yankees in the AL East. The two teams will open a pivotal three-game series at Tropicana Field on Friday.