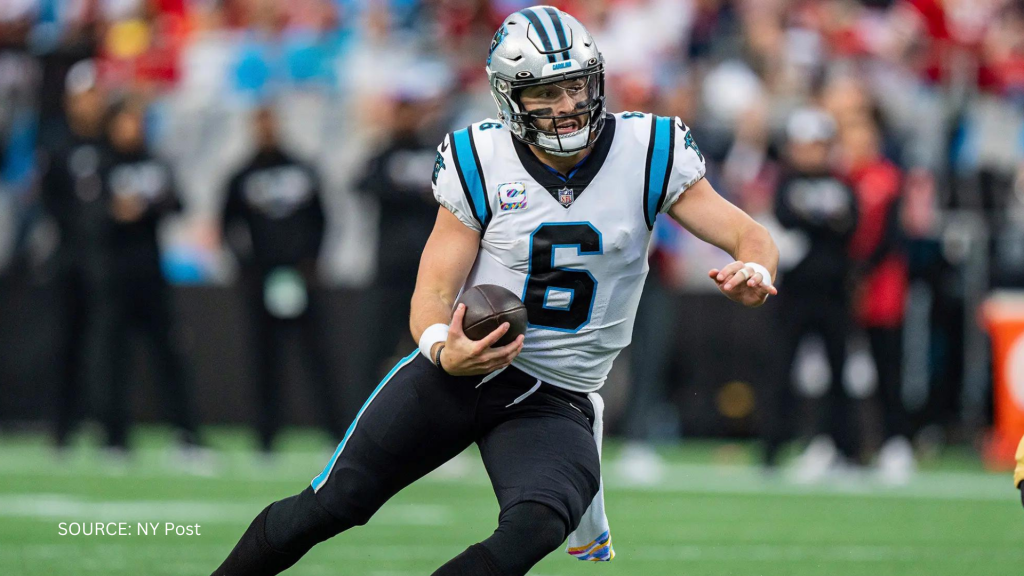 Panthers’ QB Baker Mayfield underwent x-rays on his left foot after yesterday’s loss to San Francisco that came back negative. Then, earlier today an MRI revealed a high ankle sprain.

Mayfield has struggled since joining Carolina this offseason. In five games, he has the worst QBR in the league (16.5 – the next closest is Joe Flacco at 30.1), he’s thrown four touchdowns and four touchdowns, and has put up only 962 passing yards.

Then, yesterday against the 49er’s he suffered the apparent ankle injury in the first half before returning to finish the game in the second half.

He’s battled a myriad of injuries since entering the league in 2018, but last season was his most injury-riddled. In 2021 alone, he suffered multiple shoulder injuries, a knee injury, an arm injury, a knee injury, and a foot injury. Now, with a high ankle sprain, there is a solid chance he misses time, though he is seeking a second opinion.

The syndesmotic ligaments hold together the tibia and fibula above the ankle joint complex, and because of their significance in how the rest of the lower leg functions, they often require more attention when damaged Severe high ankle sprains can require a non-weight bearing walker boot or cast for multiple weeks, and rehab itself can last months. Surgery is also an option if there is a fracture or complete tear. For reference, Mac Jones suffered a fracture and required surgery.

If Mayfield’s sprain is mild, he could play Week 6 against the Rams, though our algorithm does not suggest it.