Machado Likely to Miss a Month with Ankle Sprain 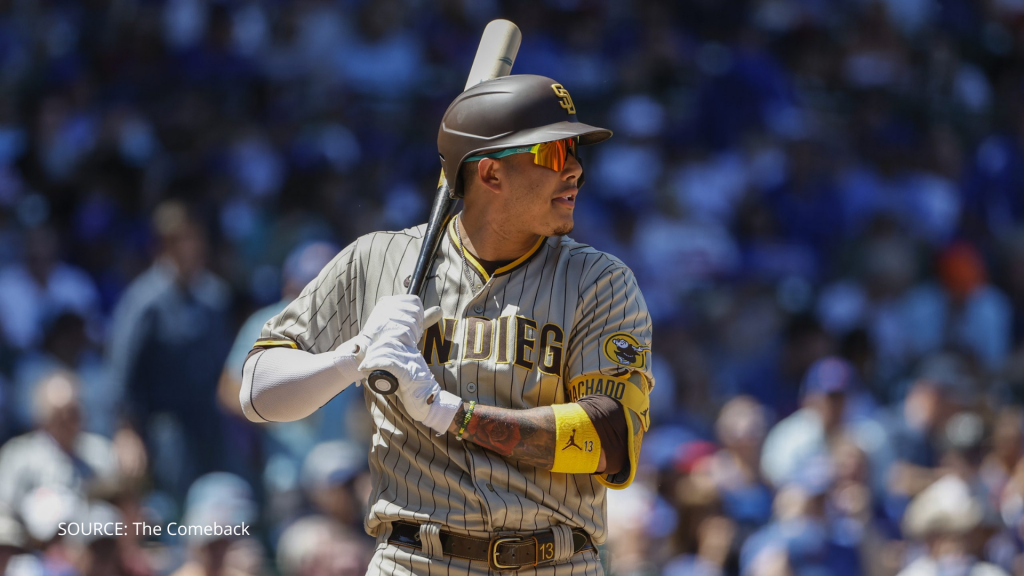 Manny Machado suffered a scary ankle sprain during the first inning of the Padres 8-3 loss in Denver, leaving most of the San Diego area holding their breath.

With two outs and nobody on, Machado chopped a grounder to Rockies pitcher Antonio Senzatela. He sprinted out of the box and up the first base line in an attempt to beat it out, but slipped once he planted his left foot on first base. It was an awkward series of events, but it ended with Machado flailing in the air and crashing to the dirt. He grabbed for his left ankle and rolled behind the bag.

He stayed on the ground for a few minutes, but was able to put some weight on the leg as he hobbled off the field with the help of trainers.

“Fortunately, when he felt himself slip, he was able to shift his weight to the right and probably avoid more serious damage,” acting manager Ryan Flaherty said after the game. “So all in all, as good as it could be from what it looked like.”

Machado received X-rays which came back negative for any fracture, but the team is yet to make a formal decision on his status. “We’ve got to wait for the swelling to go down and he gets treated,” said Flaherty. “We’ll probably have a better idea of that [Monday].”

If the sprain is a Grade 3, Machado will miss at least four weeks and likely more. If it is a Grade 2, he may still miss four weeks, but the risk is significantly less.