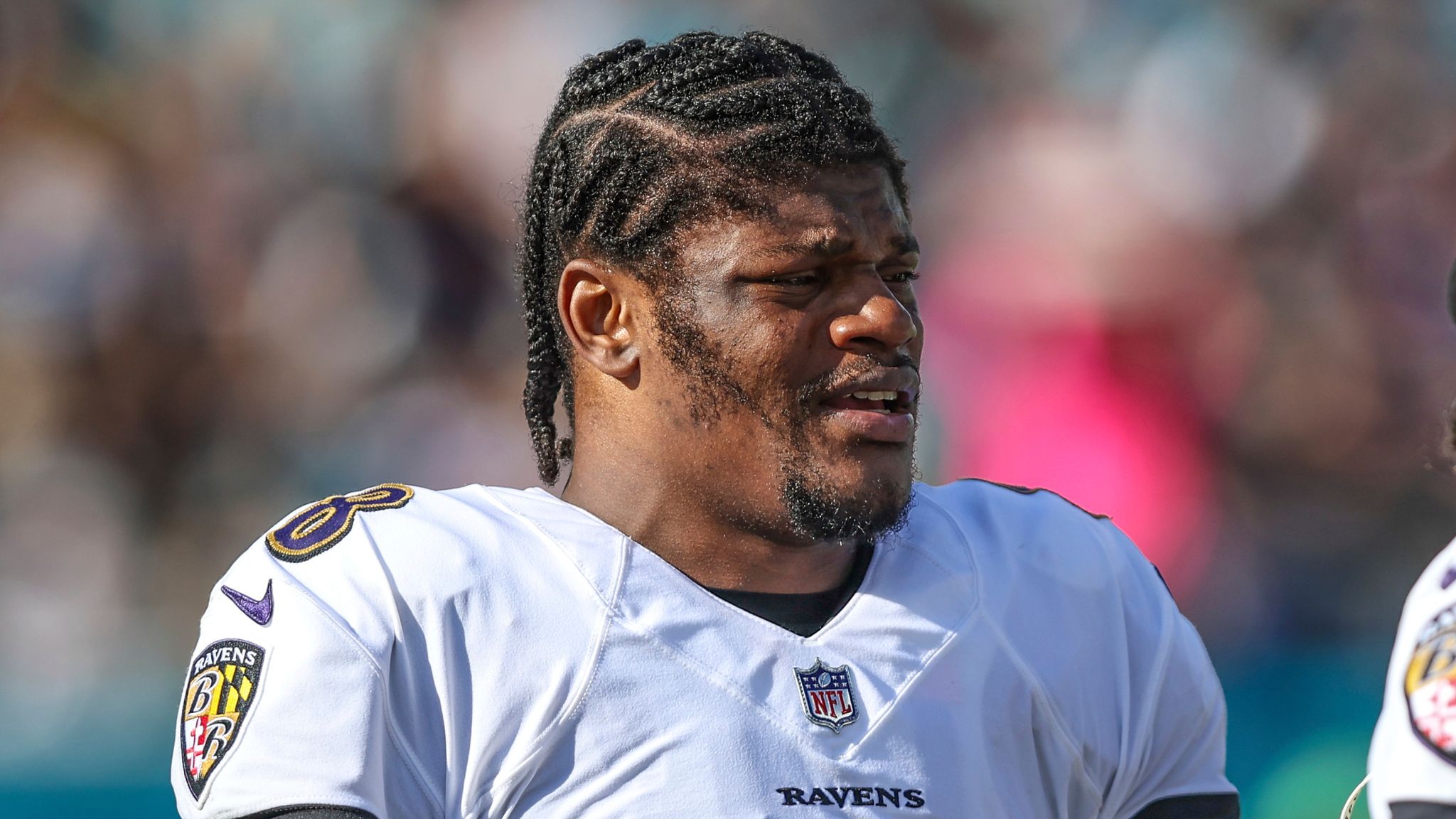 Ravens’ QB Lamar Jackson suffered – what the team is calling – a mild left knee sprain in Sunday’s win over Denver. He will be considered week-to-week, per head coach John Harbaugh.

The injury occurred at the end of the first quarter on a 2nd-and-seven. Baltimore called a play-action pass but before the play could develop, Denver OLB Jonathan Cooper was in the backfield. Jackson attempted to escape the pocket as Cooper dragged him down from behind. Jackson’s left knee was driven into the ground when Cooper landed on top of his back.

After the play, Jackson made his way to the sideline but didn’t look to be in any discomfort, moving without a limp or noticeable change in speed. He was then taken to the locker room where he was ruled out and replaced by backup Tyler Huntley.

Following the conclusion of the game, Harbaugh said the team did not believe Jackson’s injury was season-ending, though he didn’t provide any specifics on what the injury was. He added that the team ordered MRIs and additional testing for Monday. Those tests came back negative for any tears or apparent structural damage. As a result, the team has given him a “week-to-week” designation.

Inside the knee, there are four main ligaments: the ACL, PCL, MCL, and LCL. Any of these can become sprained or strained, causing pain and limited mobility. Jackson is believed to have suffered a sprain, though it is unclear which ligament(s) is involved.

Generally, knee sprains take around four weeks to heal completely, with more severe sprains taking up to six weeks. Players will sometimes return before the sprain is healed, opting to wear a brace and accept the limited mobility.

Jackson relies on his mobility to be most effective, so returning before the sprain heals won’t suit his playstyle. That being said, the Ravens are leading the AFC North at 8-4. Just behind them is Cincinnati, who are also 8-4. Baltimore beat the Bengals in Week 5 and they don’t play again until Week 18.

With a close finish seemingly on the horizon, Jackson may opt to return ahead of schedule, especially if the Ravens can’t pick up wins in his absence.