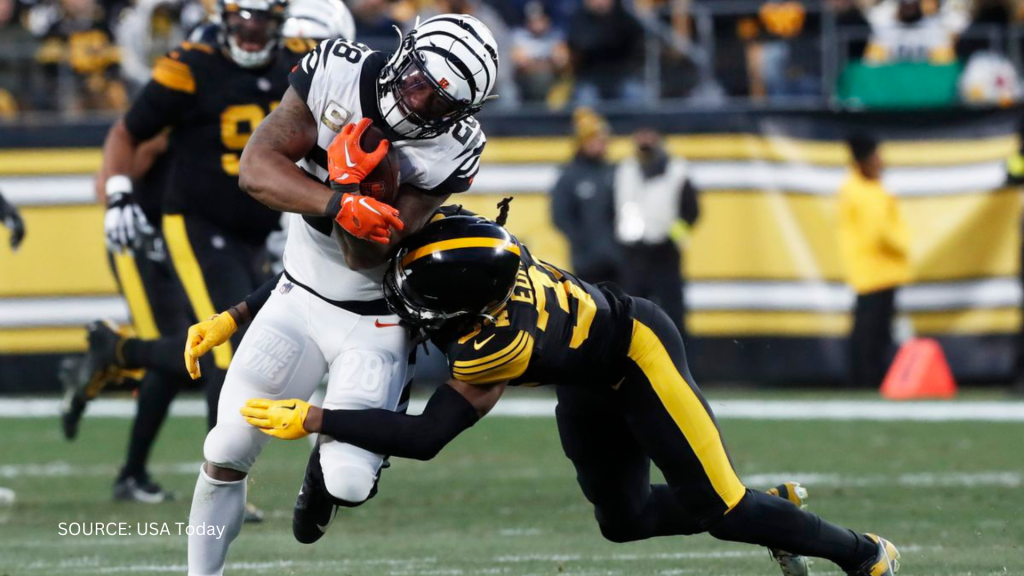 Bengals’ RB Joe Mixon exited Sunday’s win over Pittsburgh in the third quarter with a concussion.

Mixon had 20 rushing yards on seven carries and 42 receiving yards on three catches when he left to be evaluated, playing in 21% of Cincinnati’s offensive snaps.

The injury comes two weeks after he put together an all-time performance against the Panthers. That game, Mixon had 153 rushing yards and four scores on the ground through three quarters. He also had four receptions for 58 yards and a receiving touchdown.

Head injuries have long been a topic of conversation in the NFL, and the seriousness of them cannot be understated. After a series of notable players suffered scary concussions this year, the league has adjusted its protocols surrounding injuries of this nature. The expectation is that there will be changes made in the offseason.

Currently, the league has four “No-Go” signs and symptoms. These are: loss of consciousness (including Impact Seizure and/or “fencing posture”), Ataxia (abnormality of balance/stability, motor coordination, or dysfunctional speech), Confusion, or Amnesia. If a player exhibits or admits to having any of these signs or symptoms, they must be removed from football activities and examined. If the examination proves these symptoms are present, the player cannot return to the field on that day.

These rules were amended on October 8 of this season, one week after Dolphins’ QB Tua Tagovailoa suffered a scary concussion against Cincinnati in Week 4. Before that, in Week 3, Tua hit his head on the ground against the Bills. He stood up and immediately lost his balance. To everyone’s surprise, he returned for the second half.

The fact that Tua was cleared raised eyebrows, and when he suffered a concussion the following week the league was forced to take action after they were being scrutinized. Multiple concussions in a short period can amplify the damage to the brain because it is more vulnerable to injury after sustaining the initial concussion. Additionally, It often takes significantly less force to cause future concussions, and those may result in more severe and longer-lasting symptoms.

The Bengals will face the Titans in Week 12 and Mixon will have to clear the protocol with an independent neurologist before he can play. Since the league amended the concussion protocols in October, the majority of players diagnosed with a concussion have missed the following week, so Mixon’s availability is questionable.