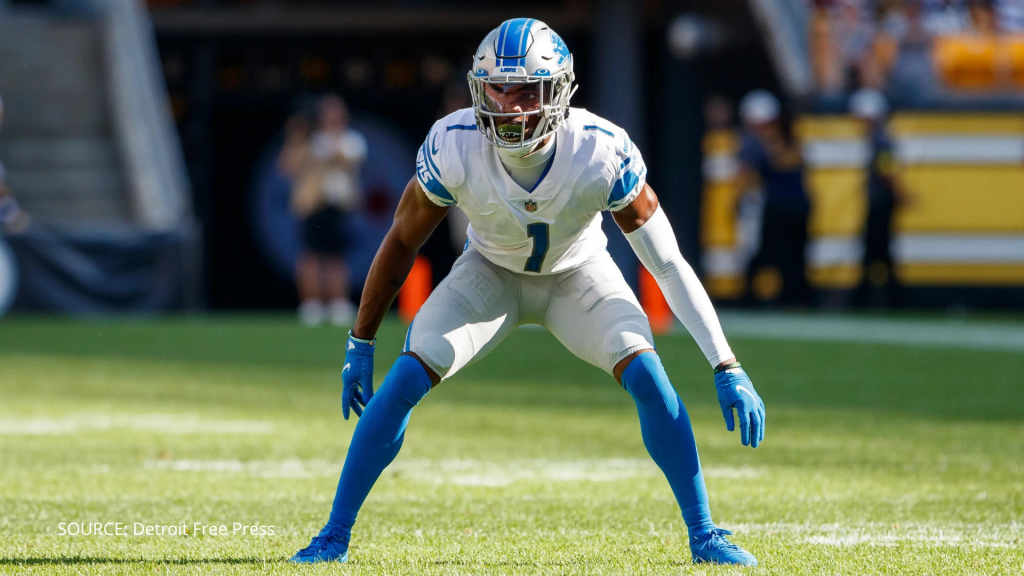 Jeff Okudah has earned the starting CB role for the Lions after a solid preseason, head coach Dan Campbell announced in a press conference earlier this week.

“Love where Jeff is going, love how he did step up to the challenge,” Campbell said. “He answered the bell. He wasn’t afraid of the competition, and he went after it and I would say he’s earned him a spot.”

Okudah has yet to play a full season since being drafted third overall in 2020 out of Ohio State. His rookie year ended due to a groin injury, and then he ruptured his Achilles tendon during Week 1 of his sophomore season.

Achilles ruptures can be scary injuries for any football player. Studies published by the NFL have shown that players (specifically running backs) rarely regain the explosiveness or their pre-injury form. Obviously Okudah isn’t a running back, but the movements made by both positions are similar.

The Achilles runs along the back of the calf, connecting the calf muscles to the calcaneus bone. It plays a crucial role in a player’s ability to stop, cut, drive, and jump – all of which are required to be an effective CB in the NFL.

Our algorithm gives him an Elevated Injury Risk (16%) and Peak Health Performance Factor (94%), which is an uncommon combination and bodes well for him this season, though the Lions should still be cautious with him and monitor his Achilles closely.

Earlier in the offseason, Campbell said that was exactly what the team was doing, however they saw little to nothing worth worrying over. Instead, they want Okudah to bring mental strength into this season.

“He’s going to be able to move. You watch him, with his footwork and the things that he’s doing, he can do all that,” Campbell said.

“What is real important right now, is just continuing his growth mentally and him being able to get the walkthrough reps and just to get the film study. Those things are big for him right now.”

Campbell isn’t wrong either. One of the biggest hurdles we see with injuries of this nature is the mental steps it takes for a player to trust their legs again and play at 100%.