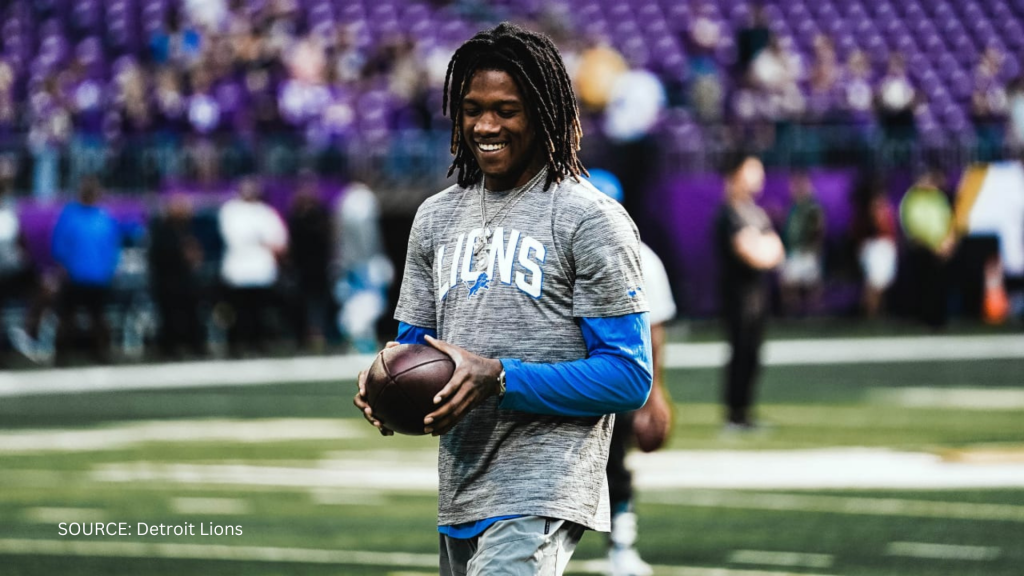 Lions’ rookie WR Jameson Williams will return to practice this week, officially opening the door for him to make NFL debut later this season.

Williams was one of the highest graded receivers in the 2022 class, but was the fourth receiver taken because of a torn ACL he suffered in the College Football National Championship game.

Now – 10 months later – he has progressed through his rehab and will begin a three-week acclimation period. If everything goes according to plan he should make his debut in mid-December.

His talent has his teammates and coaches raving, with Dan Campbell saying “I know this – he can run. He can run. You either got it or you don’t, and he’s got it. So, in that regard, he can help.”

Quarterback Jared Goff echoed the sentiment, adding “He’s just got so much speed, man, and he’s got so much ability. Any way that we can use him, whenever that time is he comes back, it’ll give us a boost, someway, somehow, however many snaps that ends up being, however many balls he ends up catching.

“Just having him on the field and having his ability to threaten people vertically and to turn a 5-yard throw into a 60-yard gain, that type of stuff, it’s dangerous.”

The ACL – short for anterior cruciate ligament – is a small, yet very important ligament that resides in the middle of the knee. It holds up the upper thigh bone (femur) from coming over the top of the lower shin bone (tibia). As a result, it plays an imperative role in running, jumping, spinning, juking – really anything needed to be a dynamic and explosive wide receiver in the NFL.

Williams was that receiver at Alabama and his upside in the NFL was well worth the risk the Lions took by drafting him in the first round. That being said, they should do their best to protect his future and not rush him back to the field.

The good news is that he’s reached Optimal Recovery according to our algorithm, so it appears from the outside that Detroit has taken the right approach to his recovery. The three-week timeline the Lions have laid out for him is exactly what he needs to get used to the speed of the NFL while still protecting the health of his knee.