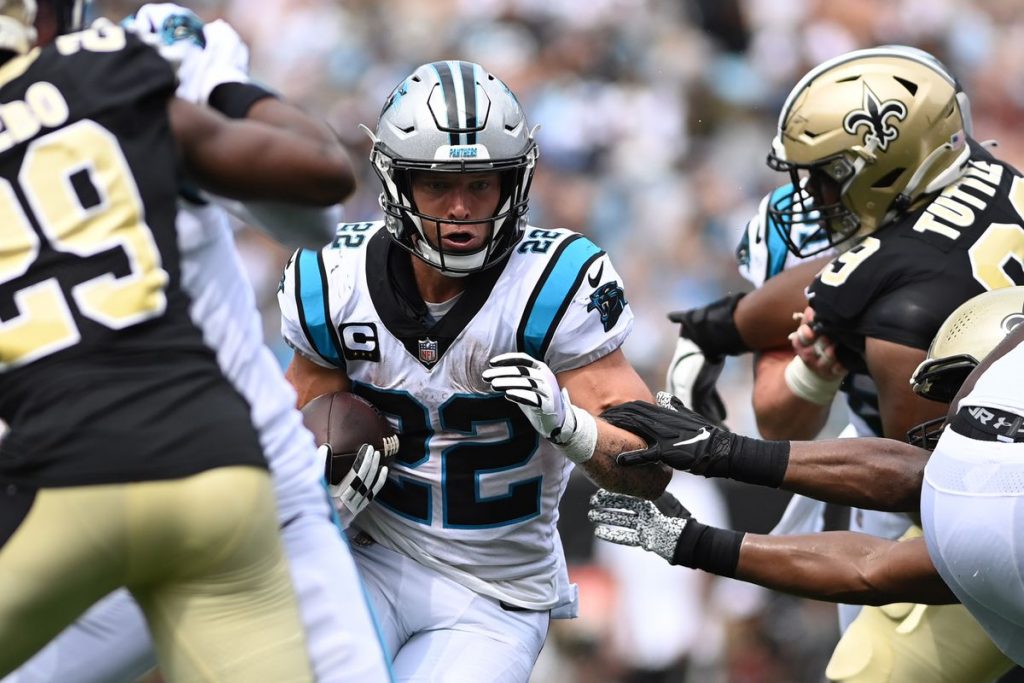 Don’t have time to read through our draft kit? Here are some quick hits on the top running back options! We cover your first round options plus a few others who come with injury concerns.

1. Jonathan Taylor – he doesn’t come with any major injury concerns and is my favorite guy to target. I don’t think he has quite the same talent and upside as some other guys like CMC, but he’s more likely to stay healthy. More games = more value.

2. Christian McCaffrey – CMC is a confusing one as he’s played in just 10 games over the last 2 seasons. While he comes with some risk (Elevated according to the Inside Injuries algorithm), there isn’t one specific one that is a huge red flag. The Panthers need to continue to be cautious with him, but there’s still plenty of upside here.

3. Austin Ekeler – Ekeler has battled some injuries but enters the season healthy. He’ll see plenty of targets and is a solid selection inside the top 5 picks

4. Derrick Henry – I know Henry is a special player, but his Jones fracture last season was a stress/overuse injury. The Titans rode him hard the last three seasons, and he’s approaching the age where RBs decline (no, he shouldn’t fall off of a cliff, but he doesn’t have top 3 upside anymore). I’d stay away.

5. Najee Harris – Volume. volume volume. Harris doesn’t necessarily come with the same upside as other guys in this post, but he will be heavily involved in the Steelers offense. He played in all 17 games in his rookie season and doesn’t carry any major injury concerns.

6. Dalvin Cook – Cook may seem healthy right now, but his shoulder is a major red flag. He dislocated it multiple times last year and has a labrum tear that wasn’t repaired in the offseason. That leaves him vulnerable to another dislocation and a potential season-ending shoulder injury. The labrum is important for stability. Plus Cook has had many other injuries. There are plenty of better options in the first round.

Travis Etienne: Time is on Etienne’s side. Because his injury happened before the season he’s had a whole year to focus only on his recovery and rehab without rushing his return. Plus there aren’t any other injury concerns. I’m cautiously optimistic that he’s in for a huge year.

Cam Akers: I’m still staying away from Akers. We just haven’t seen a running back come back from a torn Achilles and perform at an elite level. Even though Akers was able to play about six months following surgery, he didn’t look good and now is just 12 months removed. That’s still a quick turnaround when it comes to this injury. Getting explosiveness and power back to a pre-injury level doesn’t usually happen for running backs.

J.K. Dobbins: I’m staying away from Dobbins. He will be in year 1 coming back from a torn ACL, and Gus Edwards (if healthy) will see plenty of touches. Plus they have a running QB, which takes away some of their value. This is an unpredictable backfield situation.

Elijah Mitchell: His numbers weren’t actually that good last year, and he can’t seem to stay healthy. The 49ers always seem to have a messy backfield, and Mitchell’s injury history makes it even more unpredictable. He’s already nursing a hamstring injury and could in an a RBBC situation. No thank you.

Saquon Barkley: I think Saquon is a solid pick this year. Players who tear their ACL typically do much better in year 2 vs. year 1. There’s also his 2021 ankle injury to consider, but he should be healthy heading into the season. Plus there’s so much upside.

For more in-depth injury analysis on every single player, subscribe to Inside Injuries! Plus we’re offering a 7 day free trial. Don’t miss out this season.