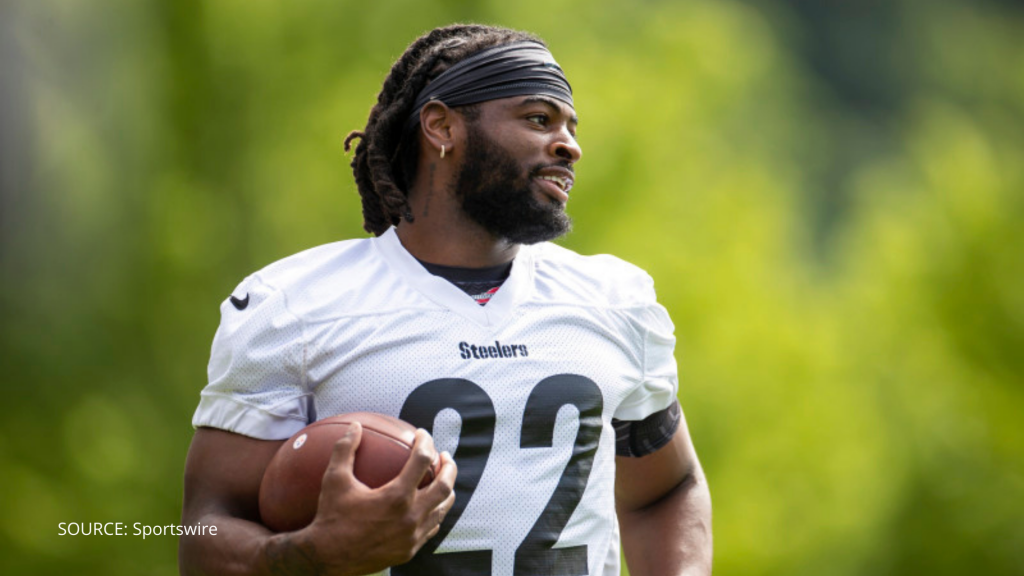 If you want a workhorse RB this season, look no further. In his rookie season last year, Pittsburgh running back Najee Harris ran the ball a league-leading 381 times. The only other player to eclipse 350 touches? Jonathan Taylor. He also shared the running back-lead for targets with Austin Ekeler (94).

Is Najee Harris a combination of Taylor and Ekeler? Well, no. He certainly will be the number one option for his team, like Ekeler and Taylor, but his production last year was more so a byproduct of Pittsburgh’s necessity rather than Harris’ raw talent.

He averaged just 3.9 yards-per-carry, which ranked 40th in the league and worst among running backs with 1,000+ yards. Harris’ effectiveness was certainly limited by an offensive line that ranked 24th in the league in grade, generating just 0.9 yards before contact on average (29th), but he also got more involved in the passing game as a result. On Harris’ carries, the O-line allowed him just 1.7 yards before contact last season.

Harris spoke to the media about his future role with the team, specifically this season, saying “I’m taking time off. I will not be on the field for certain plays […] It’s all about being smart. So I understand where (Steelers’ offensive coaches) are coming from.” That statement points to a likely dip in production this year.

Head coach Mike Tomlin offered a slightly different perspective, telling the media Harris would be a “bell cow” for the team. “If this train is going anywhere in 2022, he’s going to be a major component of it, and he’s capable. I ain’t even talking about from a talent standpoint. We know that. I’m talking about he’s capable from an intangibles standpoint. Bringing the best out in his teammates. Wearing the responsibility that comes with leading.”

Harris played in all 17 games in his rookie season and was heavily involved in both the running and passing game. He remained healthy for much of the year, however Harris dealt with a right elbow injury towards the end of the season, but it hasn’t been a concern since. He will continue to be a crucial piece in the Steelers offense, but reduced snaps could be coming. While this slightly hurts his fantasy value, it should keep him fresher late in the season. He has a Low Injury Risk (8%) and Peak Health Performance Factor (88%), which is good. Overall, he is a low risk option that is guaranteed to get his touches. I put him in the bottom half of the Top 10 RBs heading into 2022.