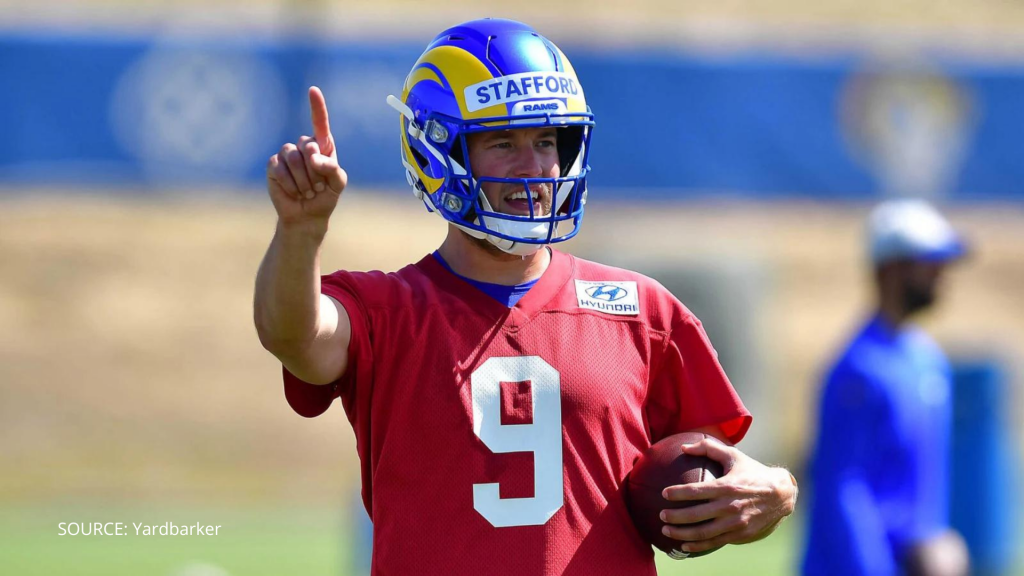 Rams QB Matthew Stafford joined Los Angeles last year in a blockbuster trade that highlighted the Rams commitment to winning a Super Bowl. Detroit shipped him off in exchange for Jared Goff, a 2021 third-round pick and two first-round picks in 2022 and 2023. He made his Rams debut on Sunday Night Football against Chicago, in which he threw for 321 yards, three touchdowns, and a career-high 156.1 passer rating en route to the Rams 34–14 win, The performance earned him NFC Offensive Player of the Week honors for the first time since 2009.

Stafford would go on to have a career year, throwing for 4,886 yards (#3 in the NFL) and tying a career-best with 41 passing touchdowns. He proved he was worth the haul Los Angeles gave up when he led the Rams through the playoffs and to the teams first Super Bowl win since 1999.

From a fantasy perspective, Stafford was at or near the top of several passing categories, including but not limited to: passing yards (#4), air yards (#4), deep ball attempts (#9), red zone attempts (#3), yards per attempt (#3), air yards per attempt (#6), pressured completion percentage (#4), and true passer rating (#9). Among quarterbacks, Stafford finished #6 in total fantasy points with 330 (#7 overall).

Health & Draft Analysis – Stafford has a cannon arm, and will rack up air yards as a result. But when it comes to fantasy numbers that won’t cut it anymore. The quarterback position has evolved, and mobile quarterbacks have become the dominant point scorers. Among all fantasy producers last season, three of the top five were mobile quarterbacks (Josh Allen, Justin Herbert, Patrick Mahomes). Stafford simply doesn’t fit that mold.

From a health perspective, he looked good last year. He did suffer a mild ankle sprain in Week 9, but it didn’t slow him down too much. His numbers are good as of now, with a Low Injury Risk and Peak Health Performance Factor.

Positionally, I have Stafford as the #10 quarterback heading into 2022. He has weapons (Kupp, Robinson, Jefferson, Akers), but he won’t pick up more than 50 yards on the ground. He’s a great option in the later rounds.