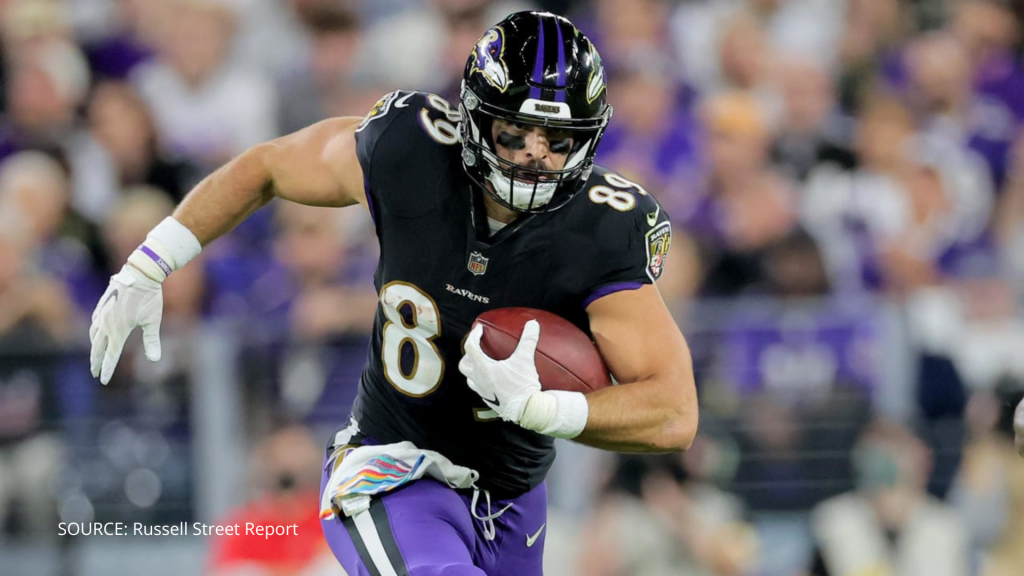 Ravens tight end Mark Andrews broke out in a major way last season, totalling over 1,300 receiving yards and scoring nine touchdowns. To the Baltimore faithful and the statistically inclined, this was no surprise given how well he’s performed for them since getting drafted in 2018.

In his rookie season, Andrews totaled 34 receptions for 552 yards and three touchdowns. His 16.2 yards per reception ranked #10 in the league, despite him starting just three games on the year.

Heading into 2021, the expectation was that Andrews would build on the already solid career he’d had thus far, and boy did he. In 17 games, he led all tight ends with 107 receptions (#5 overall), 1,361 yards (#6 overall), and nine touchdowns (#10 overall). His fantasy metrics are even more impressive.

Health & Draft Analysis – Andrews is one of the more durable options when looking at the top five tight ends available. He may not come with quite the same upside, but he should be a reliable guy who will see plenty of targets. If it weren’t for Kelce, Andrews would be the #1 TE heading into 2022.

It also would be unrealistic to expect him to maintain his production from last year, considering no tight end has had consecutive seasons of 1,300-plus receiving yards. We may have him as TE2, but I don’t think you’d go wrong if you grabbed him as TE1.