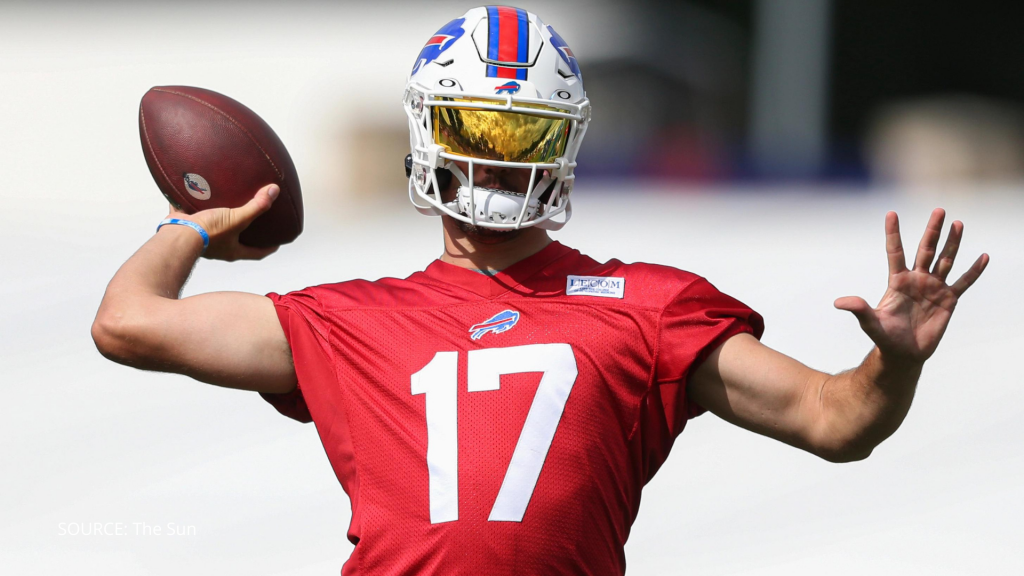 Over the last two years, one name has risen to the top of the fantasy scoreboards: Josh Allen. The Bills quarterback became the first quarterback since 2003-04 to lead the position in scoring in back-to-back seasons. He’s a bonafide superstar, and this season he may ascend to an even higher constellation.

Allen entered the league with plenty of doubt surrounding him. His years at Wyoming were impressive, but it wasn’t against elite competition and his numbers were far from perfect. On paper, he was an ideal project QB who could be great with refinement.

In his rookie season he showed plenty of promise, but also his flaws. Allen finished the year with 10 touchdowns and 12 interceptions in 11 starts, going 5-6 in those games. In 2019, his first season as a full time starter, Allen displayed his willingness to learn and adapt. In the offseason he had worked on body control and decision making, and as a result, he tossed 20 touchdowns to just nine interceptions. Buffalo went 10-6 that season, and the future looked bright.

If you weren’t a believer in Allen heading into 2020, it wouldn’t have taken long before you realized you were wrong. The Bills won four straight to start the season, in which Allen threw for 1,326 yards with a 70.6% completion percentage and 12 touchdowns to just a single interception. He added another 83 yards and three touchdowns on the ground.

Buffalo would go on to have their best season in 29 years, finishing 13-3. Allen finished 2nd in MVP voting behind Aaron Rodgers with 4,544 yards and 37 passing through the air, and 421 yards and eight touchdowns on the ground. He regressed as a passer slightly last season – one less passing touchdown, 137 fewer passing yards, five more interceptions, -5.9% in completion percentage – but had his best season as a rusher, with 763 yards. He still finished at or near the top of advanced fantasy metrics, with 645 pass attempts (#4), 129 red zone attempts (#1), 5,583 air yards (#2), a 42.5% deep ball completion percentage (#9), and 403 total fantasy points (#1).

Health & Draft Analysis – Healthwise, there isn’t much concern for Allen. He has three straight seasons without a missed game, playing through a few injuries last year, notably turf toe. I would expect him to potentially run less than he did in 2021 simply because the Bills have to develop a more solid run game outside of him. The more he runs, the higher the injury risk.

David Montgomery had a solid season last year and Buffalo drafted a running back, so they seem well aware of that concern. Expect Allen to have another spectacular season, even with the fewer carries. He is the #1 QB heading into this season, and should probably be your first pick in the third round.