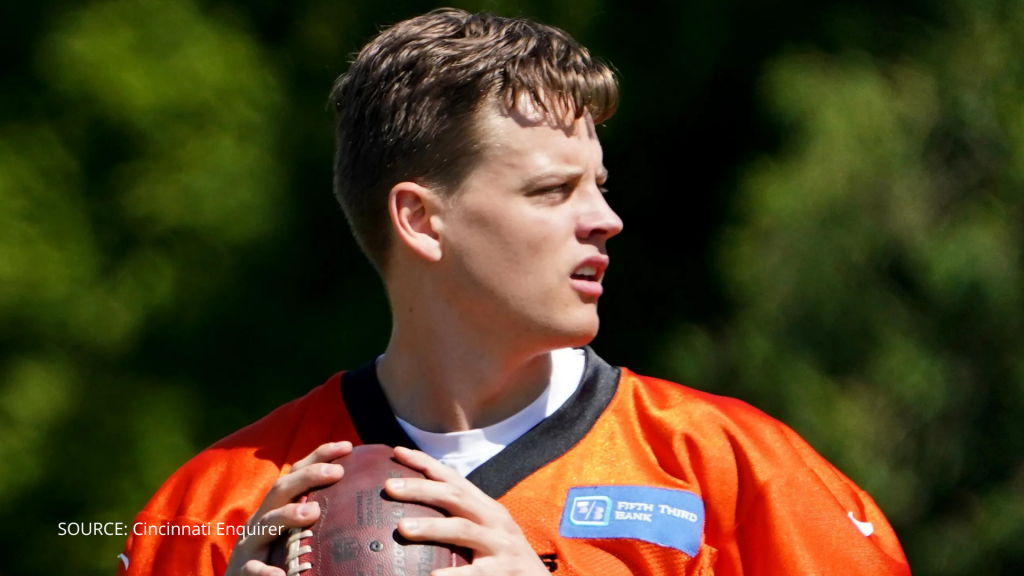 The Bengals put the world on notice last season thanks to a solid chunk of their offense and defense putting together dominant performances. From Ja’Marr Chase to Trey Hendrickson, both sides of the ball vastly outperformed expectations. There is one name I haven’t mentioned yet, and that was the man leading Cincinnati the whole way: Joe Burrow.

Burrow was drafted by Cincy with the first overall pick in the 2020 draft. He was their Week 1 starter, in which he threw for 193 passing yards and an interception, while adding 46 rushing yards and a rushing touchdown in a 16–13 loss against the Los Angeles Chargers. He remained under center until Week 11 when he suffered a season-ending torn ACL and MCL against Washington, with additional damage to his PCL and meniscus.

He completed his rehab in the 2021 offseason and managed to return ahead of Week 1. With Burrow finding his groove, Cincinnati went into their Week 10 Bye at 5-4. They won their next two games before dropping two straight. With the playoffs slipping away, Burrow went on an absolute tear from Weeks 15-17, completing 77% of his passes (82 of 107) for 1,128 yards and nine touchdowns to zero interceptions. In that span, Burrow had a 137.9 passer rating and the Bengals won three straight.

What makes Burrow’s numbers even more impressive is the fact he averaged only 32.5 passing attempts per game (#17 in the league). There’s good reason to think he will throw the ball more this season, likely finishing somewhere in the Top 12 and potentially Top 10. His 314 total fantasy points last season ranked #9 overall, but is he a Top 10 fantasy quarterback this year?

Health & Draft Analysis – Burrow suffered a sprained MCL in the waning minutes of the Super Bowl in February. Additionally, he wore a brace throughout all of last season on his left knee due to the torn ACL-MCL. The good news is that the MCL sprain did not require surgery and Burrow has been active in training camps and workouts across the spring and summer. There has been no word on if he’s been fully cleared to practice, but the outlook is good that he will play Week 1.

Cincinnati also made it a priority to boost their offensive line after Burrow got sacked 51 times last season. He has all the talent to be a Top 10 fantasy quarterback in 2022. I wouldn’t draft him Top 5, rather somewhere between 7-15 if he’s still on the board. He isn’t a mobile quarterback, though, so look to pair him with a versatile back.

Read about his teammates Joe Mixon and Ja’Marr Chase