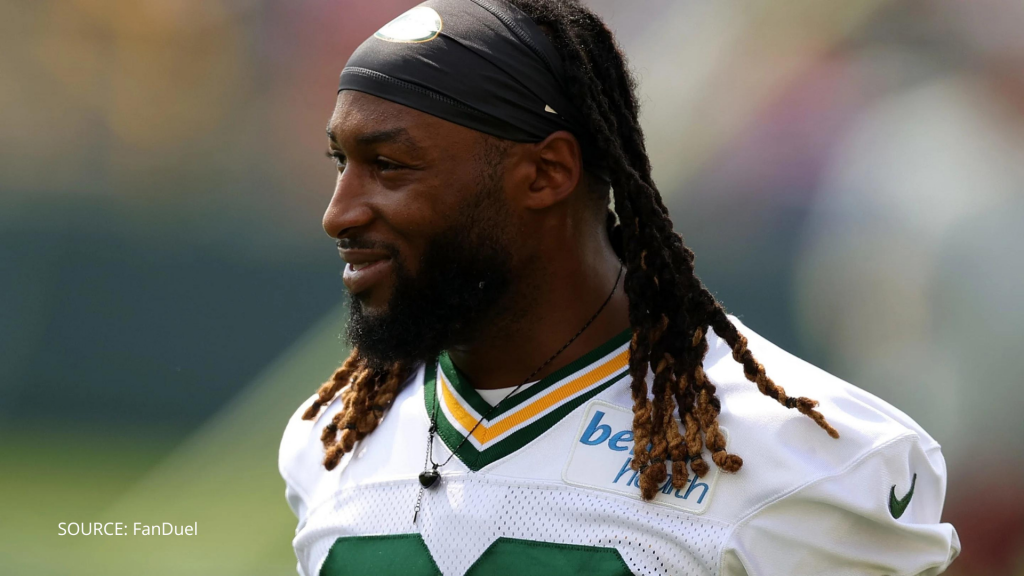 Packers RB Aaron Jones has been a highly efficient, dual threat back since entering the league in 2014. He tallied 448 rushing yards and just 22 receiving yards in his first season, splitting time in the backfield with fellow rookie Jamaal Williams.

Since then, Jones has ascended the ranks of hard-running, pass-catching rushers. In 2018 he broke out with 728 yards on the ground. On top of that, he caught the ball 26 times for 206 yards. He had the first of his two 1,000-yard rushing seasons the following year in 2019, with 1,084 and 16 touchdowns. But it was his receiving efforts that truly separated him from the rest of the league. Jones finished with 474 yards in the passing game, averaging 9.7 yards per reception.

He recreated much of his 2019 success in 2020, with 1,104 rushing yards, 355 receiving yards, and 11 total touchdowns. He earned his first ever Pro Bowl selection that year, and was largely expected to build off that success in 2021, but the emergence of second-year RB A.J. Dillon threw a wrench in those plans. Instead of Jones being the dominant force, Dillon was, as he out-rushed Jones by four yards, scored once more on the ground, and averaged 1.7 more yards per reception.

Health & Draft Analysis – Jones should have another productive season in 2022, but Dillon is going to impact his production, at least slightly. Green Bay is likely to rely more on the running game this season, though, considering they lost WRs Davante Adams and Marquez Valdes-Scantling. That means Jones should see more opportunities early on, both on the ground and in the air. I think he’s still a Top 10 RB and is worth a second-round pick as a result.