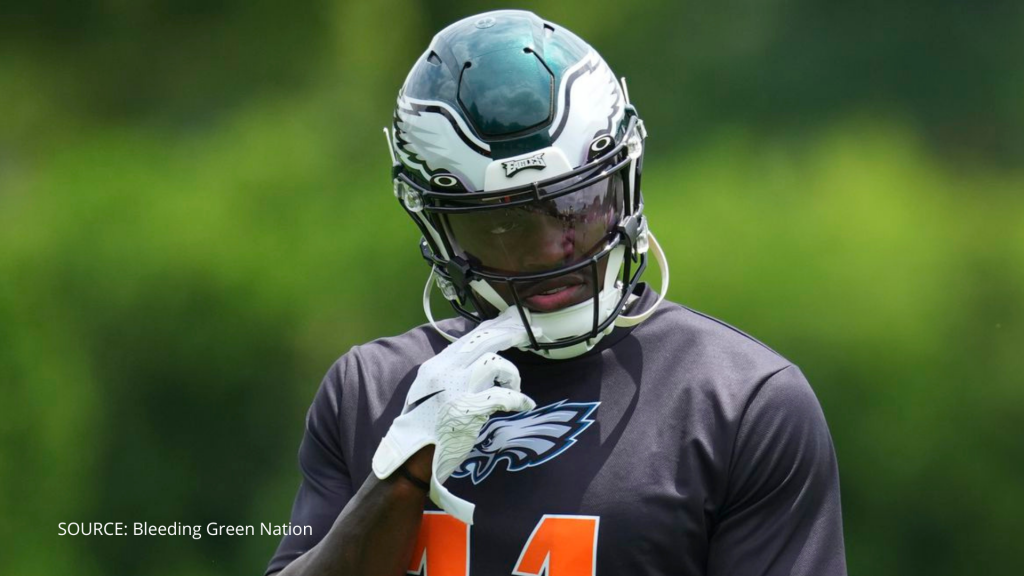 Wide receiver A.J. Brown is entering his fourth year in the NFL, but will be playing his first season outside of Tennessee in 2022 after getting dealt on draft night to the Philadelphia Eagles.

The 2019 second-round pick has put together a solid portfolio as a Top 20 receiver, with 2,995 receiving yards and 24 touchdowns on 185 receptions. Despite the success, people who have followed Brown closely will agree that there appears to be some level of yet untapped potential inside of him. Perhaps the change of scenery can bring it out.

He’ll be joining a younger, and more upstart unit in the Eagles. Philly looked to be in the rebuilding phase after winning the Super Bowl in 2017. They dealt away Carson Wentz and let a handful of their best players walk in free agency, but still they’ve remained competitive. The Eagles also haven’t sported the most talented roster by any stretch of the imagination, but they go out and win games. Now, with Brown, they look like they’re eager to make a deep playoff run.

Brown possesses elite athleticism that will pair well with fellow receiver DeVonta Smith. As a rookie in 2019, he averaged 20.2 yards per reception en route to 1,051 receiving yards. The following year, he was sidelined for two games with a bone bruise in his knee. It cut into what was otherwise a Pro Bowl season for Brown, as he brought in 70 receptions for 1,075 yards and 11 touchdowns. It was revealed in the offseason that he was dealing with sprains in both knees that required surgery.

He was ready for Week 1 of the 2021 season, and played in three straight games before missing Week 4 due to injury. He returned the following week and played in the Titans next seven games before being forced out of Weeks 12, 14, and 15 again with injury (Tennessee had a BYE in Week 13). He suited up for the final three games of the season and the Titans lone playoff game, in which he totaled 22 receptions, 396 yards, and 3 touchdowns.

Health & Draft Analysis – Despite battling three different injuries last season, Brown managed to play in 13 games. In his two previous seasons he missed just two total games, so he has been somewhat durable for a WR1. Brown comes with a High Injury Risk but plenty of upside as he falls into the Peak HPF category. He’s your classic high risk/high reward option in the third round.