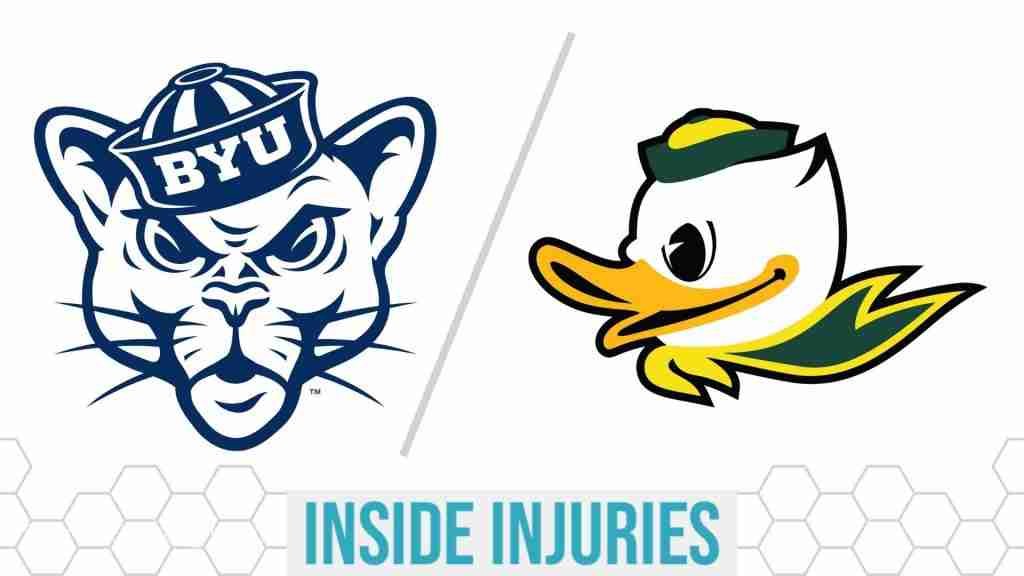 This Saturday at 3:30pm ET, BYU and Oregon fans alike can look forward to their match up against another ranked team. BYU is listed at No.12 while Oregon comes in at No.25. While BYU has put up two strong wins on the road this season already, Oregon has won 20 straight games at home in Autzen Stadium.

BYU has given two large programs a run for their money this season and came out on top both times. Last week BYU pulled out a win against No.9 Baylor in double overtime and did so without their top two receivers. While they were able to win last week with some of their star players out, this week their potential absence from the game will have a larger impact.

Star wide receivers, Gunner Romney and Puka Nacua, are both currently not cleared for play due to injuries. Romney has a non football related injury while Nacua suffered a right ankle injury during BYU’s season opening win against USF. Currently both players are “day-to-day” and waiting on clearance to play in Saturday’s game.

Also injured is tight end Tyler Batty. Tyler has led BYU in sacks the past two seasons and will potentially be out this Saturday due to an abominable strain. Batty suffered his injury last weekend in the game against Baylor and is on “day-to-day” watch for return. When asked about his strain Batty remarked, “Just got a little beat up, got a little nicked up, and so yeah, just trying to come back and make sure that we’re ready to go.”

With the top receivers down, Cougar QB, Jarren Hall’s job gets much tougher. The backup receivers; Kody Epps, Brayden Cosper, and Keanu Hill, will have to up their running game against man coverage in order to play competitively against this Oregon team.

The Ducks have Auburn transfer, Bo Nix, as their starting quarterback this season and he is starting to make plays. Last week, Oregon went up against East Washington, where they were able to put up 70 points on the board to end the game in a blow out win. The Oregon offense blocked well for Bo allowing him to do his jobl and put up points. He has the ability to run the ball well, but also has enough time in the pocket to make plays.

While Oregon has won 20 straight games at home and is coming off a big win last week, BYU has shown that they are a contender on the road. If BYU has their injured players back for this game, they have a good shot at taking down the Ducks.