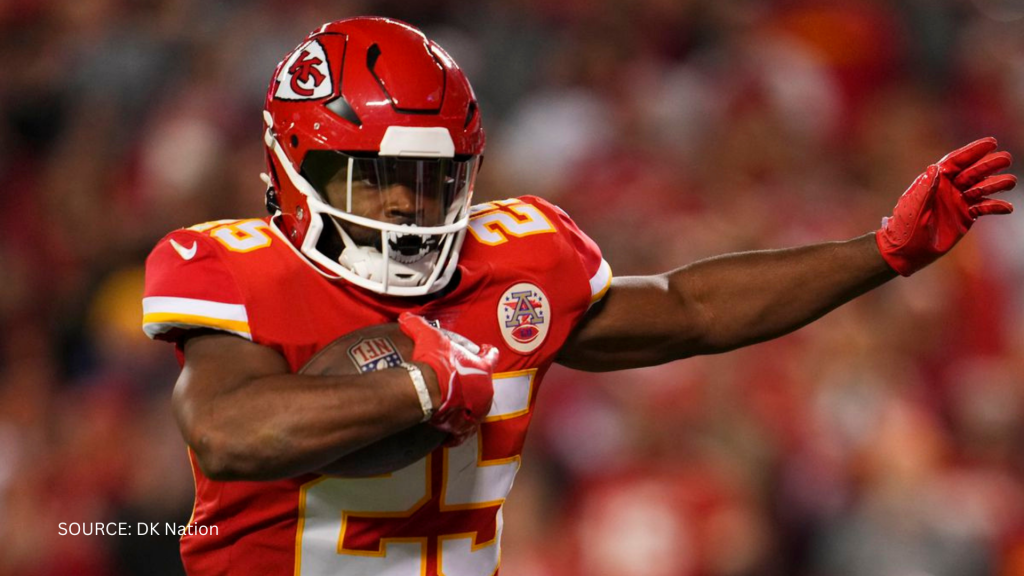 Chiefs’ RB Clyde Edwards-Helaire suffered a high ankle sprain in Sunday night’s win over the Chargers, and will be questionable moving forward.

Edwards-Helaire has largely been considered an afterthought in Kansas City’s offense since Week 4, being replaced by Isiah Pacheco and Jerrick McKinnon. In Weeks 5 – 10, Edwards-Helaire totalled just 28 carries.

But against the Chargers it looked like that may change. Edwards-Helaire got the ball twice, picking up nine yards in the process for a respectable 4.5 YPC. Unfortunately it was on that second carry that he suffered the sprain.

Given the nature of the position, running backs are at an elevated risk of lower body injuries, especially to the ankle. The ankle joint complex supports the majority of lower body movements that are required to be a successful, high-intensity running back. Every move – sprinting, cutting, jumping, juking – a running back makes, the ankle plays a crucial role. When sprained, the ankle’s mobility is limited in a way that makes most agility moves impossible to execute at a high rate of success.

Because the syndesmosis ligaments reside higher up the ankle, when they are sprained it is called a “high ankle sprain” because that is where the damage is. Severe high ankle sprains can require a non-weight bearing walker boot or cast for multiple weeks, and rehab can last months.

Players often opt for surgery in an effort to shorten that rehab process. The most common surgery for high ankle sprains is referred to as tightrope surgery. In the past, high ankle sprains were treated using two metal screws to stabilize the fibula to the tibia. The rigidness of the screws meant the ankle’s mobility would be limited and a follow-up surgery was required to remove them.

Tightrope surgery fixes this problem by stabilizing the ankle with a flexible, polyurethane cord. Because it is flexible, the ankle can move normally as it heals.

It is unclear as of now the severity of Edwards-Helaire’s sprain, but it’s likely he misses Week 12 at least with the potential to miss more time ahead.