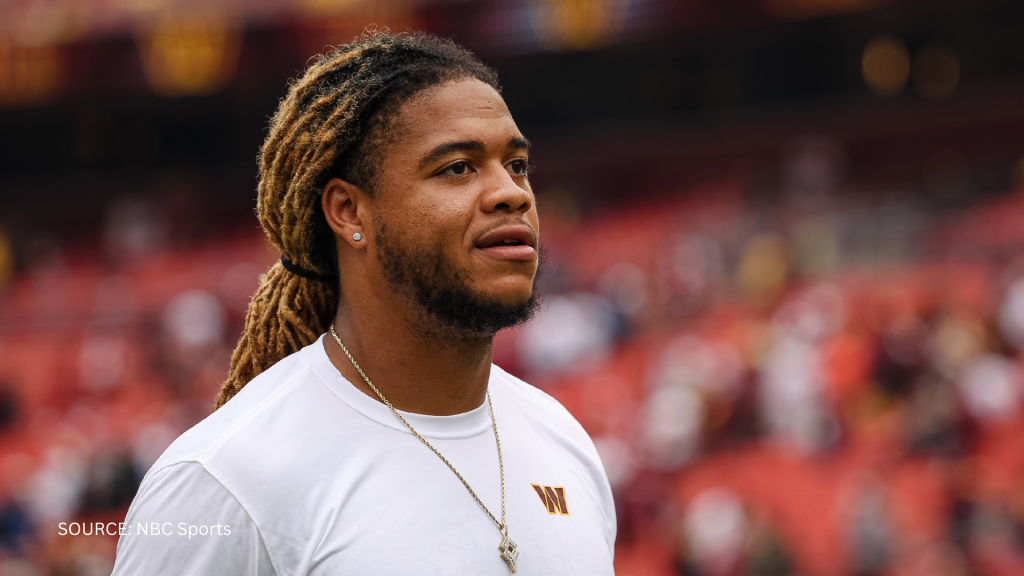 Washington DE Chase Young will return to practice this week and is expected to be activated from the IR ahead of Sunday’s game against the Vikings.

Young’s 2021 season didn’t go the way most fans hoped, as he recorded 21 tackles, 1.5 sacks, and two forced fumbles before suffering a season-ending torn ACL in his right knee during Week 10 against Tampa Bay.

“Chase has been working out with the strength and conditioning group the last few days and he’ll continue right into Wednesday, where he’ll start with positional drills, and by doing so he’ll get an opportunity to be involved in all the walkthroughs and installation periods that we have,” head coach Ron Rivera said.

“He’ll work on the side, and then we’ll see how he is after the day and then going into the next day, and that’ll dictate what our next step is in terms of where he goes from there.”

The average recovery time for a torn ACL is generally 8 to 12 months, though it’s possible to return in six under optimal conditions. Young is approaching almost a year to the day since his injury occurred, so while the timeline is still considered “average,” it’s taken longer than most expected.

It shouldn’t be a cause for concern, though. Young is young (literally), so both age and the advancement of recovery options and rehab processes are on his side. That being said, he still shouldn’t be rushed back.

The Commanders are currently the #21 defense in the league, but they’ve managed to win three straight while not allowing more than 21 points in a game. Washington is also 4th in the NFC East, behind the 7-0 Eagles, the 6-2 Cowboys, and the 6-2 Giants.

Their season isn’t over yet, but the rest of their division is playing better than them, and rushing Young back won’t be the deciding factor. That being said, our algorithm predicts he has reached Optimal Recovery and is ready to return, with a Low injury Risk.