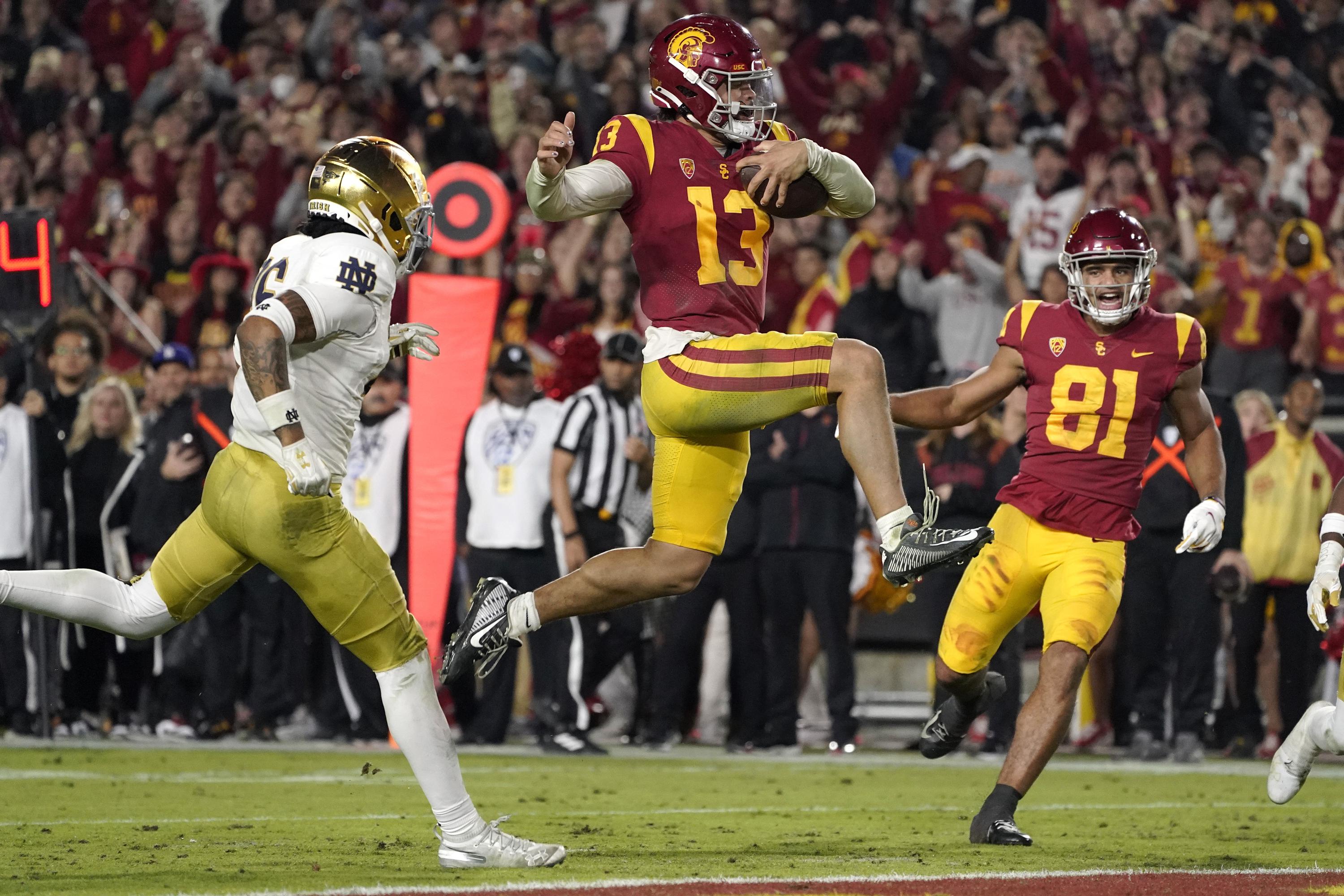 It’s a rematch seven weeks in the making. #4 USC’s only loss of the season came in Week 7, when they lost a thriller to the #11 Utes. It was a back-and-forth game, with both teams delivering haymakers on both offense and defense, but it was Utah who had the ball with 49 seconds left and destiny in their hands, down 42-35.

On 4th-and-goal at the USC 1-yard line, Utah QB Cameron Rising plowed through a wall of Trojan jerseys to score his fifth touchdown of the game. The decision had already been made that the Utes would go for the 2-point conversion. They wanted to win, not just to spoil USC’s undefeated season, but to honor Ty Jordan and Aaron Lowe, former players who died within a year of each other.

Rising kept the ball again, forcing his way across the goal line to give the Utes a one-point lead. That point was all they needed, as the defense shut down USC’s attempts to get into field goal range and batted away a last-second hail mary heave by Trojans’ QB Caleb Williams on the ensuing possession.

Somehow, the stakes are even higher this time around.

Southern California wants nothing more to avenge their singular loss while also showing the playoff committee that they deserve their spot in the College Football Playoff. There has already been plenty of talk regarding teams like Ohio State and Alabama sneaking their way in – likely replacing USC and TCU in the process – so a win against #11 Utah would force the committee’s hand.

Last week, USC dismantled #15 Notre Dame, 38-27. It was yet another dominant offensive performance, with Hesiman-favorite Caleb Williams rushing for 35 yards and three touchdowns on top of 232 passing yards and a touchdown. In his first year with the Trojans, he’s been the catalyst they needed on offense.

It’s easy to see why he’s the Heisman favorite, but he’ll have at least one more test before he hoists the trophy: Utah’s defense.

The Utes have the #17 defense in the nation, allowing 317.5 total yards per game. From a scoring perspective, they rank #19, surrendering 20.08 points per game. They’ve forced 23 turnovers this season, which is tied for the ninth-most in the country.

Utah specializes in shutting down the running game. Like their overall defense, their rushing defense is #17 in FBS with 111.2 yards allowed per game. CB Clark Phillips III, LB Karene Reid, S Cole Bishop, S R.J. Hubert, and DT Junior Tafuna have stepped up time-and-time again to shut down opposing offenses.

USC’s defense hasn’t been as stout, as they allow 405.25 yards per game, which is about 30 yards more than what’s considered an average defense this season (377.97). The Trojans do force a lot of turnovers, though, and with a +23 turnover margin they lead FBS.

Utah QB Cameron Rising – who has the 10th best QBR in FBS at 83.2 – has thrown seven interceptions this season; three of those came two weeks ago against Oregon. That being said, when USC and Utah played seven weeks ago, Rising diced up the Trojans’ defense. He threw for 415 yards and two touchdowns, completing 68.2% of his passes and carried the ball 11 times for 60 yards and another three scores.

This game is easily the most exciting of Championship Week. The recent history and tension between these two is palpable. USC is favored by -3, but according to ESPN the Utes are predicted to win. It’s easy to see why Utah is putting USC on upset alert, but Caleb Williams and the Trojans have momentum on their side and revenge on their mind.

We think this game is a toss up; expect it to go down to the wire.