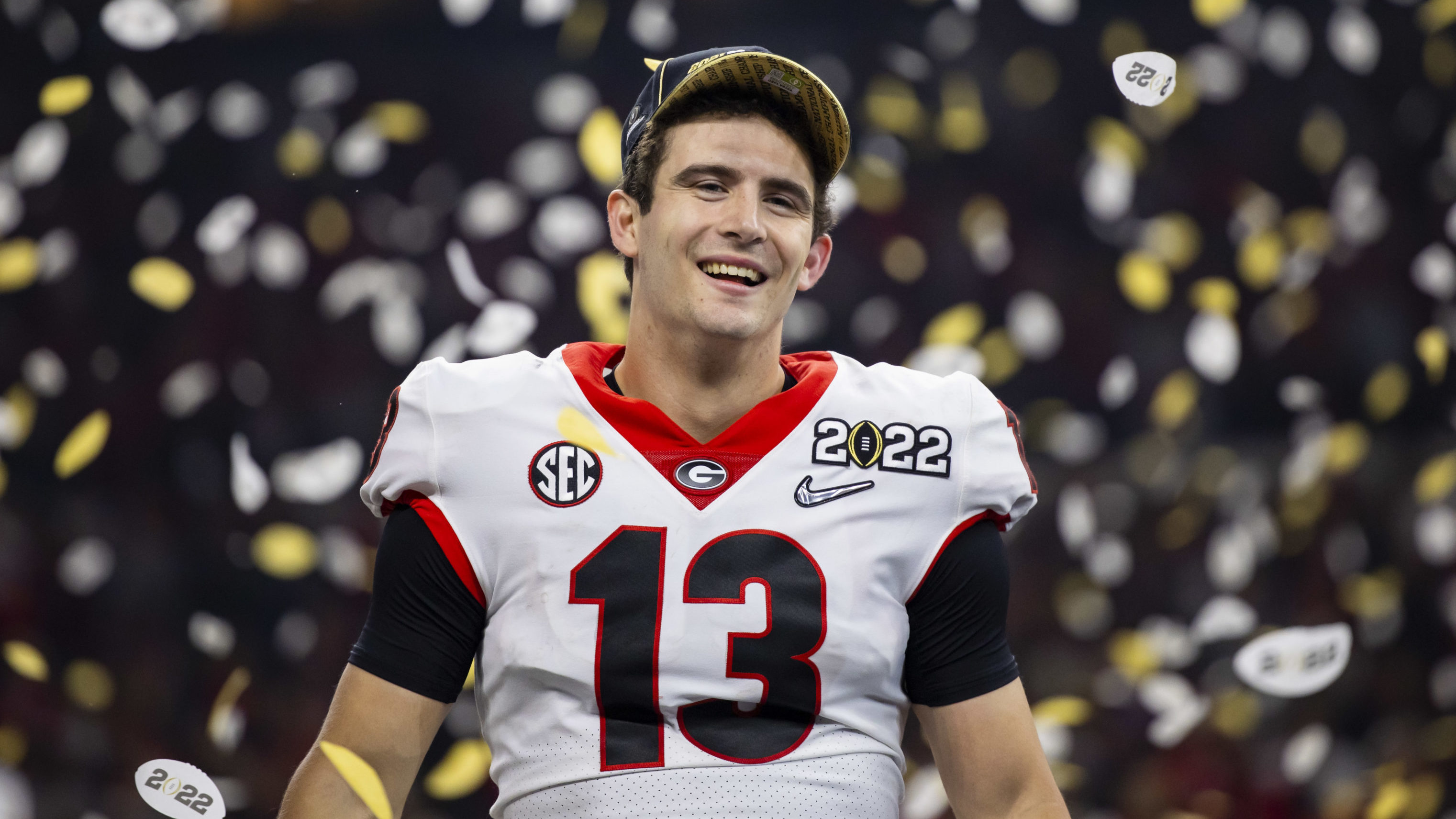 The #1 Georgia Bulldogs have all but locked up their spot in the College Football Playoff. Meanwhile, #14 LSU had their hopes at a National Championship run dashed last week when they lost to Texas A&M. The only stakes left in this game are bragging rights.

Georgia hasn’t won the SEC since 2017 when they beat Auburn 28-7. That’s not to say they haven’t put together good seasons in the time since. In fact, the Bulldogs have played in the SEC Championship game three times in the last four years, finishing as runner-ups in 2018, 2019, and 2021.

LSU on the other hand, hasn’t been to the SEC Championship since they won it in 2019. That team was led by Joe Burrow, who finished the year with one of the best statistical seasons for a quarterback in college football history.

The Tigers may not have the talent their 2019 squad had, but they do have history on their side. In the all-time SEC series between LSU and Georgia, LSU has a record of 18-13-1 and has won four of the last five meetings. These two have also met in the SEC Championship before (most recently in 2019), with LSU winning three out of the last four.

They may not have Joe Burrow this time around, but they do have an athletic, dual-threat quarterback named Jayden Daniels. He leads the Tigers in both passing and rushing yards, throwing for 2,566 and picking up another 824 on the ground. Daniels has 26 total touchdowns this season – 15 passing and 11 rushing – and does a good job at limiting turnovers (two interceptions on the year).

But he’s been dealing with an ankle injury for much of the week, even wearing a walking boot at times, which could limit him. Head coach Brian Kelly said of Daniels “He’s had a good week of practice. He’ll play for us on Saturday.”

Defensively, the Tigers deploy a solid unit that has shown flashes of being elite. They held both Ole Miss and Mississippi State to under 21 points, forcing turnovers and winning the time of possession in both games. That being said, they’ve also given up 30+ points to Alabama, Tennessee, and Texas A&M. On the year, they rank #33 in both scoring defense – allowing 21.5 points per game – and opponent passing yards per game (203.7).

Georgia’s defense has been among the best in the country for the entirety of 2022. They currently rank:

They are anchored by DT Jalen Carter, CB Kelee Ringo, OLB Nolan Smith (out for the season),  and S Tykee Smith.

On the other side of the ball, sixth-year senior Stetson Bennett has struggled slightly by his standards over the past two weeks, completing just 62.2% of his passes and putting up only 256 yards per game. In his first 10 starts this season he had a completion percentage of 67.8% and was averaging 289.5 yards per game. Accuracy has always been his best attribute, with his career 64.3% completion percentage ranking #1 overall in Georgia Bulldogs history (minimum 500 attempts).

As a team on offense, the Bulldogs have put together a highly balanced and lethal combination of rushing and passing. This season, they rank #18 in passing offense (285.8 yards per game) and #23 in rushing offense (203 yards per game). Last week against Georgia Tech, the Bulldogs put up 264 yards on the ground to the Yellow Jackets’ 40. That wide margin has been a constant all year long for Georgia, who have outrushed opponents by an average of 123.5 yards per game this season.

Their arsenal includes RB Kenny McIntosh, WR Ladd McConkey, RB Daijun Edwards, and TE Brock Bowers – a quartet that can break apart even the most stifling of defenses.

The Bulldogs haven’t lost since last year’s SEC Championship game, and it’s looking like the stars will align for them this time around. LSU just doesn’t have the talent, nor the experience to keep up with this Georgia team that seems destined to repeat as national champions.