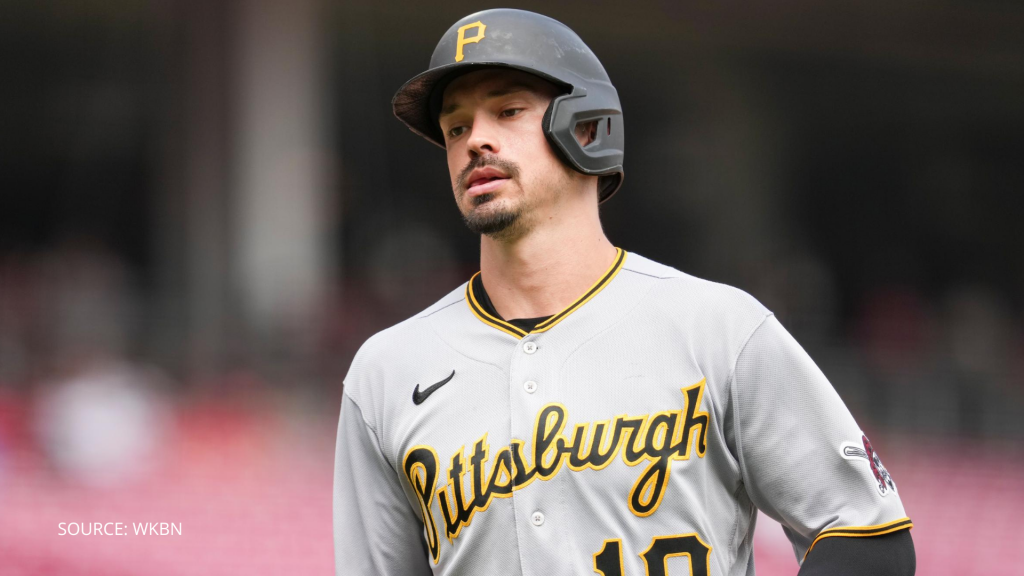 Pirates outfielder Bryan Reynolds was placed on the 10-day IL with a right oblique strain. He missed Saturday’s game against Milwaukee due to the injury – ending his streak of 51 consecutive starts – and exited Sunday’s game in pain.

Reynolds has arguably been the Pirates best player since he joined the team in 2019. In four seasons with the Buccos, he’s tallied 12.4 WAR, a .284 batting average, 62 home runs, and 209 RBI. His efforts earned him the National League starting center fielder bid in the 2021 All-Star game.

This season has been a similar story, and he’s emerged as a cornerstone for the rebuilding Pirates, though he did get off to a slow start. In 45 games through April and May, Reynolds batted just .212 with seven home runs and 12 RBI. But in June, he caught fire with 11 multi-hit games, eight home runs (three of which came in a single game), 19 RBI, a .333 average, and a .391 BAbip.

Reynolds carried that momentum through the Pirates first 10 contests in July, slashing .286/.444/.393 with another three multi-hit games. He went 0-for-2 in his final game before being sent to the IL.

Oblique strains are difficult injuries for any baseball player to deal with, however pitchers often see longer recovery times. Depending on the severity of Reynolds strain, he could miss anywhere from two weeks to four months. The All-Star break will offer him a free few days off without missing any game time.

The obliques are two abdominal muscles – the internal and external – that provide core stability, flexion, and rotation. The internal obliques are the more commonly injured of the two due to their involvement in baseball activities such as throwing and hitting.

Reynolds is a unique case in being a switch hitter. Most position players who deal with oblique injuries feel them in the lead side due to the acceleration required within the core to drive the ball. SInce he doesn’t have a true “lead” side, he is susceptible to oblique injuries on either side.

Prevention in the future will center around developing a stronger lower half that can take some of the load off the core during swinging. Reynolds will likely also have his mechanics analyzed to see if he his swing is unnecessarily heavy in core activation.